The Australian foreign hand in the Guru Granth Sahib Desecration incident in Bargari – Sukhjit Singh Deol revealed his identity and spoke out against the allegations. He claims that the Punjab police have framed him in the incident. The audio clip is cut to frame him with allegations in the Bargari case. Sukhjit Singh states that he sent Rupinder Singh, one of the suspects in the incident, money for his operations as he had hurt his spine during the Kotakpura incident where 2 Sikhs died.

Sukhjit Singh is settled in Australia for the past eight years. In an Audio interview with Quami Awaaz Radio, Sukhjit said that he sent $1000 to Rupider Singh as a financial help for his treatment and has the receipt to prove this. He had sent money to two other injured persons also. Sukhjit is planning to present proof of his innocence to authorities in Australia.

The other foreign hand in the incident, Dubai based truck driver Hardeep Singh also disclosed that he too had sent money for treatment of protesters. 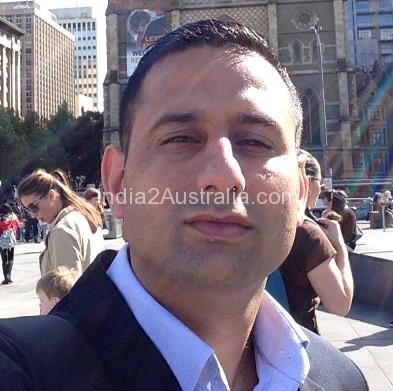 Now the question is – Who is lying? The Punjab Police or the foreign hands?

On 11th October 2015, 110 pages of the Guru Granth Sahib, the holy book of Sikhs were found strewn near a Gurdwara in Bargari, Faridkot in Punjab and it continued with desecration of birs at 7 places in various parts of Punjab. Two Sikhs were killed by Punjab police as Sikhs took to the streets and protested at various places in Punjab.

Police on 20th October evening announced the arrest of two Sikh brothers, allegedly having links with foreign radicals, for the desecration of Guru Granth Sahib at Bargari . The Police also believed that these two suspects got their instructions and funding from two other individuals, one in Australia and the other in Dubai. The police also had the taped conversations between the suspects and their foreign financiers.

Prime accused were Rupinder Singh and Jaswinder Singh. Rupinder, who hails from Panjgrain village in Faridkot district, was admitted to Apollo hospital in Ludhiana after he was injured in the Kotkapura clash . Rupinder and his brother had been talking to their handlers abroad and discussing the payment promised to them for their act of sacrilege,” police said.

Meanwhile, in a hurriedly convened press conference, deputy chief minister Sukhbir Singh Badal said the Punjab government would unearth all conspiracies behind the desecration at Bargari village that had led to widespread “emotional outbursts” across the state.

The police also shared audio clips of the telephonic conversation between Rupinder and his foreign handler and between Rupinder (9217660002) and Jaswinder, who was using his relative Gurbachan Singh’s number (9872214055). Rupinder talked to his brother on October 16 at 10:45am and to his handler in Australia on October 15 at 10:37am.

Australian Man Speaks Out on Case by dailysikhupdates