By admin on July 14, 2014Comments Off on Tamil Community Leader Thiru S.M. Paramanathan died in a fire accident in Brisbane 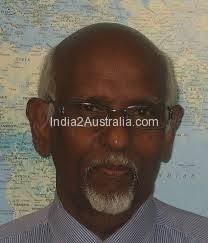 Mr S.M.Paramanathan, a well-known Tamil community leader in Queensland, died in a fire accident on 11 July 2014 evening in Middle Park. He was 73. Many acknowledge Paramanathans tireless services to the community. He is the brother-in-law of well-known Sydney academic, writer and broadcaster, Prof. A.S. Kandarajah.

An oil lamp lit in the Pooja room is believed to have caused the fire. Neighbours called 000 when they saw the smoke.  Fire fighters put out the fire and dragged the 73 year old out of the fire. But he could not be saved.  No one else was at home at the time of the fire. His wife was in Melbourne to attend a wedding.  Mr Paramanathan is well known in the community as a friendly and a generous person.  He migrated to Brisbane 40 years ago.  He founded the Brisbane Tamil School and was instrumental in the building of the Ganesha Temple in the area.

Tamil Community Leader Thiru S.M. Paramanathan died in a fire accident in Brisbane added by admin on July 14, 2014
View all posts by admin →