The (unbearable ) rising cost of living in Australia

By admin on October 26, 2012Comments Off on The (unbearable ) rising cost of living in Australia 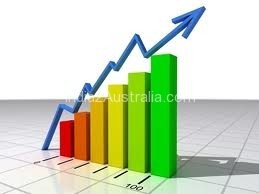 Cost of living in Australia

Thanks to Julia Gillard, strong Australian dollar and Carbon Tax, Australian capital cities are getting costlier to live. According to Mercer Worldwide Cost of Living Survey 2012, Sydney (11th), Melbourne (15th) and Perth (19th) now rank among the World’s 19 most expensive cities, surprisingly costlier than London.
Three Australian cities are now rated as more expensive than London for expatriates, with the strong dollar and steep rents blamed for the high cost of living. Australia has one of the most overvalued property markets in the world and as a result housing remains among most unaffordable in the developed world.
The recently introduced Carbon Tax has added around 20% increase in the already rising power and water bill. The high earning category in the workforce is cared for by an equal or above the rate wage increases. But in the low and the middle income category, the wages stood still or even has a negative growth especially in the manufacturing sector. The new immigrants, retires and those on social welfare are the most affected by these rises in cost of living. The lack of coverage given to the issues faced by an average family in Australia, has given a general impression that all is well in this wealthy country.
Australia was losing its direction right from the Howard years. The media extolled John Howard as the Best Prime minister Australia ever had. But in fact, the strategic mistakes of Howard years are still haunting Australia. The whole world was experiencing exponential growth during that period. Even a dummy placed on Howard’s place would have ensured relative prosperity on those years. The insatiable demand for consumer products, from the Asian giants, ensured growth for Australian exports. For cashed up Chinese and Indian entrepreneurs Australia proved to be a dream destination for investment. The rest is history: Australia flourished. The money that filled Government coffers on those years was not appropriately allocated for infrastructure projects. Those bottlenecks thus created will limit Australia’s growth potential in the future.
John Howard’s love for United States and capitalism blinded his vision for Australia’s future. Australia’s past visionary prime ministers like Gouge Whitlam and Bob Hawk charted a separate path for Australia. A fair Australia that cares for the its people, with policies based on both capitalism and socialism owing no slavery attitude to any ideology. If Government helps businesses, businesses will help themselves and in the process more jobs will be created. This will bring prosperity to the nation. This un- restricted pro- business approach, as stated, brings prosperity, but at a cost. This creates second class citizens, on whose blood the speculators, investors and the entrepreneurs flourish. In the long term, this destroys the delicate fabric of the society. All capitalist developed countries like United States are good case studies. The Australian model was different. The Medicare and the cheaper higher education costs were a by- products of that model. The right wing politics backed by the media always tries to project that there is no viable alternative to capitalism.
Food and shelter should not be subjected to speculation. They form the basic needs of human survival.   Speculation is often associated with economic bubbles. In the case of food items, as most of them are perishables, the bubble thus created will be short lived and an equilibrium position will be reached sooner. But housing is different. The bubble can be sustained for longer periods. The one main characteristic of speculative bubbles is the rapid market expansion driven by word of mouth. In the case of housing bubbles initial rises in asset prices will attract more speculators and will generate higher levels of price inflation. For the Cashed up Asians the lure of an Australian PR based on property investments only adds the shine. Australian housing property is a safe haven for parking their loaded cash. If the money from all around the world pours into Australian housing market, there is no need to find any other reason for the formation of a bubble. It is evident that the shortage of rental housing was not solved by the pro – investment policies of the government. The negative gearing strategy attracted the home grown speculators into the property markets. To prove the capitalistic policies of the Government correct, the rental housing shortage should have been history. But that is not the case. The inflated price kept the would- be owner occupiers tied to the rental market. If the average earning of an Australian family is considered, the median price of capital city dwelling exceeds significantly from its intrinsic value. The only way forward to take inflationary pressures, out of the market is to take the speculative buyers out of the housing property market. It may be beneficial to allow the speculators aka investors to focus on commercial properties.
What Australia lacks is strong visionary leaders. In recent years our political discussions have been shifted to sexism, Craig Thomson and Peter Slipper, instead of pressing national issues that requires serious debate. The sudden reformist policy changes may bring shock waves that may unsettle any average politician.  What we need is a strong leader who can focus on long term gains rather than the weekly Neilsen Polls.
Blaming increasing energy costs on carbon tax may not be entirely correct. The energy costs were rising up much before the introduction of the Carbon Tax.  Including social cost to the price of an item is the right way forward to save our environment. The industry experts blame the underlying inefficiency and the lack of competition as the main reasons behind these price rises.. What Australia lacks today is a strong political leadership to address the policy shortcomings, without which we are doomed.
.

The (unbearable ) rising cost of living in Australia added by admin on October 26, 2012
View all posts by admin →