By admin on January 28, 2016Comments Off on Urban India Restaurant owner Rupen Datta passed away 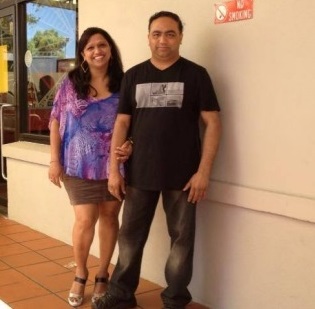 Adelaide’s Urban India Restaurant owner Rupen Datta who lost his wife and children in the horrific crash in India has died in hospital on 25th January 2016.

On 10th January Rupen’s wife Anamika, their three children Neetika , Pipasa , Tirvijay and Anamika’s sister Sonia died on the day of the accident. Anamika’s father who was in a critical state died of heart attack a few days later.

The family was on a six week trips to India and they were on their way to Taj Mahal when the accident happened.
Mr Rupen Datta had owned the Urban India restaurant in Mile End in Adelaide’s inner west for the past 10 years.