By admin on May 26, 2018Comments Off on Vaccine from Australia to be tested on humans in India against Nipah Virus 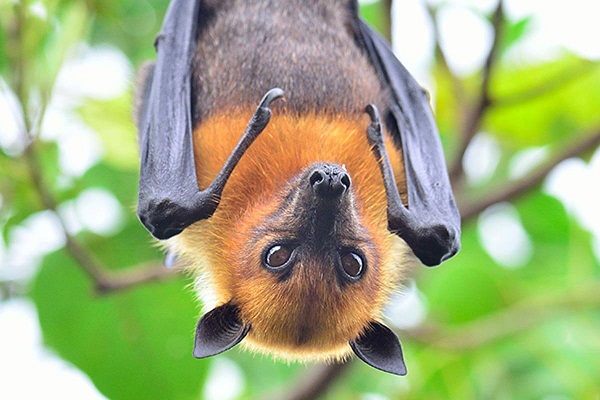 Eleven deaths have been confirmed in the state of Kerala in India, from Nipah Virus infection and many more believed to have been infected with the deadly virus. The infection started with a family in Kozhikode, northern district of the state, of which four members of the family died. The nurse who treated the patients also died of the disease. Officials found “many dead bats” in a well in the home of the first patient who died, but tests on the bats for Nipah virus returned negative. At least 17 others are treated for the disease of which some are not confirmed as Nipah Virus infection. The situation is grave as it is a definite death sentence for the patients as there are no treatment or cure available. The only option left for the Government was to try a vaccine that is not yet fully approved for use on humans . Australian Government has supplied 50 doses of modified version of Hendra Virus Vaccine to India on compassionate grounds.

Hendra virus was discovered following an outbreak of illness in horses in a large racing stable in the suburb of Hendra, Brisbane, Australia in 1994. Natural host for the Hendra virus is flying foxes (Fruit Bats) and rarely it can transmit to humans from horses. So far only 7 people have been confirmed to have contracted disease from horses of which 4 have died. In the absence of a cure, the recovery of three people was attributed to general medical care. There are instances of dogs infected with the virus too. In Australia, there are no evidence to prove that the disease is passed directly from flying foxes (fruit bats) to humans.

Since 2012, a vaccine to prevent Hendra Virus infection in horses has been available but never tested on humans. The vaccine is only registered with Australian Pesticide and Veterinary Medicines Authority (APVMA) and not with the Medical Board. The vaccine now sent to India is a modification of the existing vaccine. The humanized monoclonal antibody is a laboratory-produced molecule that has been carefully engineered to attach to specific defects in a targeted cell. The human monocular antibody mimics the antibodies the human body naturally produces as part of the immune system’s response to germs, vaccines and other invaders. It is made in the laboratory by combining a human antibody with a small part of a mouse or rat monoclonal antibody. The mouse or rat part of the antibody, binds to the target antigen, and the human part makes it less likely to be destroyed by the body’s immune system.

The testing of the vaccine on volunteers began in Australia in 2015 but results so far are not conclusive. Australia has agreed to supply 50 doses of this humanized monoclonal antibody vaccine to India on compassionate grounds as otherwise the use of this vaccine on humans could result in legal actions. Drugs that are not approved can be tested out on compassionate grounds on humans.

Flying foxes are the natural reservoir of Hendra virus. All four species of flying fox found in Australia can harbour Hendra virus without ill affect. The tests developed for Hendra virus identification in Australia was the prime reason for the rapid identification of previously unknown Nipah Virus when an outbreak of the Virus happened in Malaysia. Due to the distinctive nature of Hendra and Nipah viruses, new genus named Henipavirus was created to accommodate them in the wider paramyxovirus family. These viruses are classified at Biohazard level 4, so scientists and veterinarians at Australian Animal Health Laboratory are insisted to work on related cases only by wearing space suits that are individually supplied by air.

This year, 23 horse owners are suing Zoetis Australia – The manufacturer of the Hendra Vaccine for $53 Million, claiming that the animals died in excruciating pain or were incapacitated by the vaccine. It should be noted that Zoetis was given only minor use permit to try the vaccine on animals in 2012 though full permission was granted only in 2015. The CSIRO scientist who developed the Hendra virus vaccine blames too many doses of the vaccine behind the horse deaths and the excruciating pain.

The use of unapproved humanized monoclonal antibody is currently the best available solution to combat the spread of the disease. This vaccine is having the similar characteristics of the Hendra Horse vaccine but mixed with human antibodies so that it will be accepted by human body.

What is Nipah Virus and How it got the name

The natural hosts of Nipah Virus (NiV) are fruit bats of the Pteropodidae Family, Pteropus genus. In 1998, Kapung Sungai Nipah ( The reason for the name) in Malaysia recorded the first outbreak of Nipah virus in the world which resulted in 265 cases of acute encephalitis with 105 deaths. In this incident pigs were the intermediate hosts between the bats and humans. In Kerala the rising number of pig farms and pigs being the intermediate hosts is yet to be investigated as initial focus was solely on bats. In Malaysia over one million pigs were destroyed to halt the epidemic which caused the collapse of the Billion Dollar Pig farming industry.  Whereas the 2004 outbreak of Nipah Virus in Bangladesh was attributed to consuming date palm sap that had been contaminated by infected fruit bats.

Kerala Government sent 21 samples from bats and pigs to high security Animal Disease Laboratory at Bhopal but all samples turned out negative for the Virus. Earlier, a team led by Central Animal Husbandry Commissioner SP Suresh has conducted an examination of animals in the affected areas, which too could not find any incidence of Nipah Virus on animals. Which shows that further investigation is required to find the origin of the disease, which is crucial for preventing the spread of virus. But virus isolation and gene sequencing from patients confirmed the presence of Nipah Virus.

Many countries have issued travel warnings to Kerala and it is feared that the Virus has already spread to neighbouring state Karnataka. Kerala Government has issued travellers to be extra cautious while travelling to the four districts –  Kozhikode, Malappuram, Wayanad and Kannur in Kerala.

The infected persons will show influenza like symptoms, though it may not show any symptoms for some time. Symptoms may appear in 5- 14 days and may include fever, nausea, head ache, sour throat, dizziness, Muscle pain, mental confusion, disorientation and brain swelling.

Anyone scratched or bitten by a bat should immediately wash the affected area with soap and water and contact their local doctor. It is best to avoid consuming fruits considered to be eaten or scratched by birds or animals.

Focus also needs to be extended to pet animals, if they show signs of sickness.

In Australia, studies conducted on a similar virus infection –  Australian bat lyssavirus (ABLV) , spread by Bats proves that,  Rabies vaccine that is given after exposure to ABLV, but before a person becomes unwell, will prevent the disease. Kerala Government can take measures to vaccinate high risk category people like bat carers, veterinarians, wildlife officers, doctors and Nurses with Rabies vaccine after taking expert advice on the matter.  A nurse, 32-year-old Lini Puthussery died after contracting the virus from a patient. She was taking care of infected patients at the Perambra taluk hospital, but at that time Nipah Virus was not identified as the cause behind the fever.

Vaccine from Australia to be tested on humans in India against Nipah Virus added by admin on May 26, 2018
View all posts by admin →