Indians and Racism in Australia

By admin on August 18, 2013Comments Off on Indians and Racism in Australia 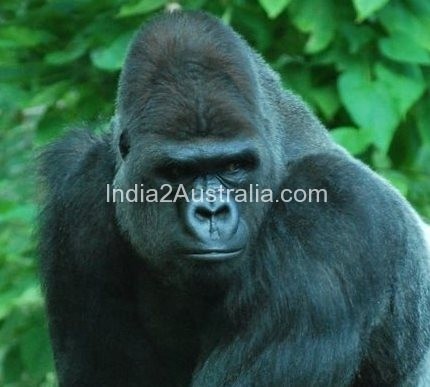 The special attributes of certain races may make them inferior or superior in the eyes of the majority or affluent culture in a group or nation. But being sophisticated enough to cover up those internal feelings of admiration or disgust may not be everyone’s cup of tea. Racism is a global phenomenon, but unfortunately India is the mother of all racist nations. Hailing from a nation with thousands of Castes and Un-touchability in its psyche,  the non-resident Indians are much more inclined to cry foul at the slightest hint of racial discrimination.

Racism and racial discrimination are often used to describe discrimination on an ethnic or cultural basis. The world has changed a lot since those days ,when apes and Africans were treated alike, Indians meant nothing more than domestic servants and Aborigines in Australia  were rounded up and shot like animals.

As the financial clout of nations changed, the perennial inferiority complex of certain races changed forever and the superiority of the blue eyes had to take a hard hit. The fear of being overtaken by what they though are inferior races  has caused serious mental agony to the white upper class. The old dirty tricks like bullying seems to have less impact and innocent outbursts at the media like the ‘Eddy MacGuire incident’ always misfired.  In a nation like Australia , where there are strict laws to protect against racist outbursts , the Indian Community’s hue and cry against racial discrimination  is not justifiable.

How to deal with racial discrimination in Australia ?

Racism may take many different forms, ranging from discriminatory treatment, property damage , abusive language or violence. Some of these behaviour could be against the law.

The Racial Discrimination Act 1975 (Cth) (the RDA) makes it against the law to treat you unfairly because of your race, colour, descent, national or ethnic origin or immigrant status.

You can use the RDA to get fair treatment in many areas of public life such as:

Employment – getting a job, terms and conditions of a job, training, promotion, being dismissed.

Education – enrolling or studying in a course at a private or public school, college or university.

You can make a complaint online by going to

There are community legal services that can provide free advice about discrimination and harassment. Contact details for your closest community legal centre can be found at www.naclc.org.au/directory

Below is a news clipping of a recent racially motivated abuse against a Sikh Taxi driver and how the Australian Law has dealt with it.

A couple has been sentenced by an Australian court to nine months in jail for a racially motivated attack in which a Sikh taxi driver’s turban was ripped off.

Angeline Kim Sollitt, 44, and Michael John Arbouin, 40, were handed down the nine-month prison-term for the “unprovoked” and “malicious” attack on taxi driver Jagroop Singh, ‘NTNews’ reported.

“The turban is the crowning glory of the Sikhs. For Sikhs, the head and the turban are sacred, they must not be touched or insulted in any way,” Judge Stephen Southwood said.

The report said that Sollitt began verbally abusing Singh when he picked her up with four others at the Dinah Beach Yacht Club last October.

“You are in Australia, mate, this is not your country. If you want to live in Australia, take this off,” Sollitt had told Singh, referring to his turban.

He kept on driving but did later pull over when Sollitt got out and yelled “grab his turban, rip it off”, before she ran to Singh and tried to remove it, the report said.

She pulled it off, leaving Singh dishevelled.

He attempted to radio in for help before Arbouin threw him to the ground. Sollitt then punched him in the face.

Arbouin then said, “You see what happens with your turban? Now I’m going to rip your hair off”.

The police arrived soon after to take control of the situation.

Commenting on the incident, Singh said, “The turban is a symbol of faith. I only care that these people insulted my religion”.

Indians and Racism in Australia added by admin on August 18, 2013
View all posts by admin →

Do you know Potatoes with Green discolouration can...
Navratri
Dear Zindagi Hindi Movie Screening Details for Aus...
Poomaram
Durga Temple Dussehra 2012 updated by a Temple Vol...
Karwa Chauth Mela in Sydney 2018
This is why Sukhvinder Singh Should be sentenced f...