When Manvir’s shoe brings in a Sick attitude in Australia

By admin on April 10, 2018Comments Off on When Manvir’s shoe brings in a Sick attitude in Australia 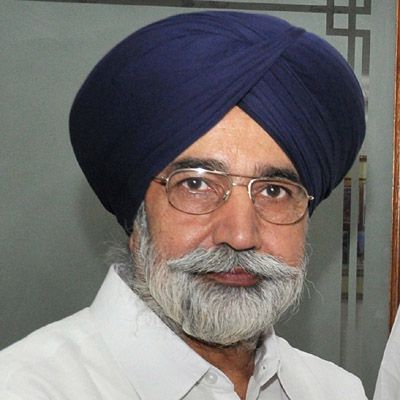 Australia is a country that runs on mutual respect and ethos of fairness. But India, with its deep rooted class system projects a different picture. The downtrodden, that suffered abuse for many generations from the cream layer of the society, may have to break the rules to break away from the past, at times in a violent manner. But such violent protests are unnecessary and unacceptable in Australian society. Throwing shoes at people, disrupting well organised functions and destroying public property are some of those unacceptable behaviours recently found to be on display from sections of Indian community in Australia. Kings International Kabaddi Cup at Errington Reserve in St Albans in Melbourne was supposed to be a celebration of brotherhood and rivalry for Kabadi lover of Melbourne. But the actions of a few sick individuals brought disrepute to the whole Indian Community in Australia. It is time to control religious fanatism in the Sikh community with the heavy hand of law to prevent such things occurring in Australia again.

Punjabi Politician Sikander Singh Maluka was invited as the chief guest at the Kings International Kabaddi Cup in Melbourne – him being the President of Punjabi Kabaddi Association (PKA). Mr Maluka was accompanied by SAD leader Tejinder Singh Midhukhera, who is the vice-president of PKA. Maluka was sitting on stage when around seven youngsters who were part of the audience started raising slogans against him. Their protest soon turned into violence never seen in any Indian event before in Australia. One among the seven youngsters threw his shoe towards the stage with slogans “Maluka Murdabaad” but fortunately the shoe did not hit the chief guest. Few empty bottles and plastic chairs were also thrown but hit no one. Mr. Maluka was escorted out of the venue under police protection

Maluka dismissed the whole incident in Melbourne as tussle between two rival Kabaddi Clubs, which took a nasty turn. Victoria Police charged one man on summons for discharge missile and behave in riotous manner.

The protesters accuse Sikander Singh Maluka of sacrilege. The anger against Maluka stems from an incident in 2015, when he asked people to celebrate Diwali, after Sikh groups had called for a Black Diwali to protest against the alleged sacrilege of Guru Granth Sahib at Bargari in Kotkapura, Punjab. The anger against him gained more fuel when he attended a function in December 2016 at Rampura Phool where the pattern of Sikh prayer was copied in a controversial manner. In 2015, panthic organisations have asked Sikhs in Punjab to observe Diwali as `Black Diwali’ in light of the desecration of the Guru Granth Sahib. The call was given after incidents of sacrilege and police firing at Bagrari, near Kotkapura. On the morning of 12 October 2015, more than 110 pages of the Guru Granth Sahib were found lying on the ground in front of a gurdwara in Bargari, Faridkot district. Between 13 and 16 October 2015, several more incidents of desecration were reported from various places in Punjab. Then the Rural Development Minister of Punjab State, Sikander Singh Maluka asked people to celebrate Diwali and even light their houses, against the wishes of the panthic organisations. This has raised Sikh ire against him around the globe.

All religions including Sikhism teaches the message of love. But narrow minded individuals spread hatred in the name of religion for selfish gains. If recent developments in Canada and Australia are any indication, these individuals are set on a journey of islamification of Sikhism. The hard core fanatic model of Sikhism will only help divide communities by injecting the venom of hatred which will only alienate the Sikh community from the rest.

When Manvir’s shoe brings in a Sick attitude in Australia added by admin on April 10, 2018
View all posts by admin →