By admin on July 15, 2016Comments Off on Wrestler Vinod Kumar faces doping ban, kicked out of Rio Olympics

Vinod Kumar, the Australian Wrestler nominated to contest the Rio Olympic Games has been kicked out of the Australian Olympic team after copping a doping ban. He was one of the two Australians qualified for the Greco- Roman discipline. 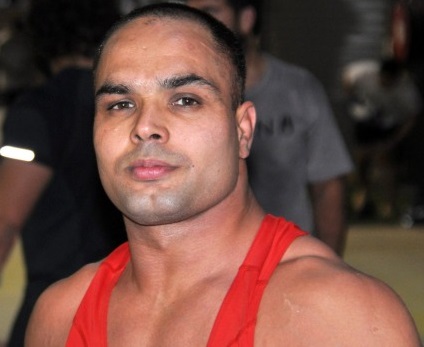 While the preliminary test turned positive, subsequent test of his B sample also showed positive results. Vinod Kumar has been suspended for four years. He has 30 days to make an appeal against the decision.

Vinod Kumar was born in India and became an Australian citizen in 2015.

The international federation for wrestling, United World Wrestling, also took the decision to reallocate Vinod Kumar’s position in the 66kg to an athlete from another country.

Vinod represented Australia for the first time at the Oceania Championships in New Zealand in March 2016 and won a Gold Medal. In the last five years, he has won 20 Medals in state, national and international levels.

Vinod came to Australia from Sonepat in Haryana as an International Student in 2010.  His story has captured the imagination of the local Indian media recently, which spared no time in celebrating the success of a community member.

In a recent interview given to SBS Radio, Vinod went in length to explain his hand to mouth existence after spending on rent, food, supplement, gym fees and shoes.  But he forgot to mention about the money spend on performance enhancing drugs.

Vinod used to work as a courier delivery guy and a bouncer on weekends.