By admin on January 6, 2015Comments Off on Australia to return stolen Kushan Era Buddha statue to India 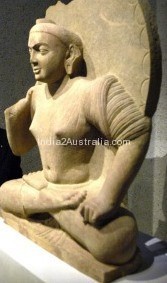 The National Gallery of Australia decided to return the 2000 year old Kushan Era Buddha Statue to India. The statue was bought from antiquities dealers in 2007 by the Gallery with the help of Roslyn Packer, widow of late Kerry Packer.

The National Gallery of Australia is set to return a 2,000-year-old Buddha statue to India, after it was found to have been stolen. The statue was purchased from Nancy Wiener, a New York dealer. Nancy Weiner claimed that she bought it in 2000 from Andrew Ian Donaldson, an Englishman posted to Hong Kong between 1964 and 1966, NGA assistant director Michael Baldwin confirmed, via a written statement, that recent investigations by gallery staff had uncovered a contradictory chain of ownership to that supplied by Ms Wiener at the time of the sale. The second-generation dealer sold the 1200-year-old sandstone Buddhist figure to the NGA in 2007 for $US1.08 million. 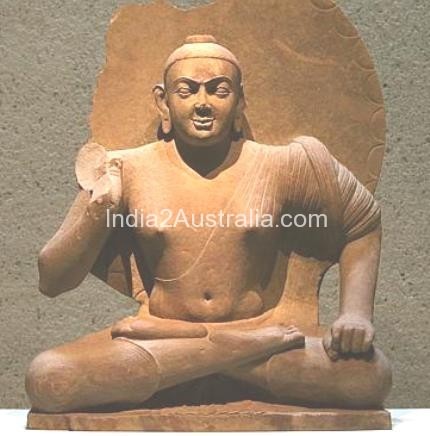 Once again Canberra gallery has to go in for a face saving measure after being involved in a smuggling scandal. Barely three months back, Australia returned two statues to India, Including the famous Nataraja statue , when Tony Abbot visited India in 2014. Nataraja was purchased from infamous Subhash Kapoor, who has a history of dealing with smuggled goods. Nataraja was one of the 22 objects bought from Subhash Kapoor for $11million between 2002 and 2011. Nataraja costs the gallery around $5.5 Million.

Nancy Weiner bought the Kushan Buddha statue from a trafficker dealing in stolen goods in India. The Kushan Buddha was stolen from an archaeological site in Mathura, in Uttar Pradesh. 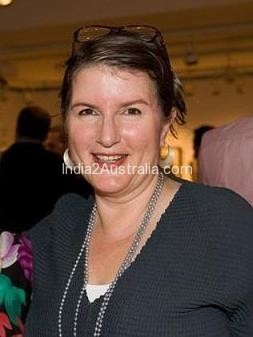 NGA director Ron Radford and senior Asian curator Robyn Maxwell oversaw the purchase but recently retired from the gallery. The gallery recently changed its procedures for buying antiquities after a new director has taken charge, and the change includes contacting the previous owners of the antiquities. The gallery had a policy of relying on the high profile of the long established dealers, accompanied by letters of warranty to safeguard such situations. NGA introduced new guidelines after the scandal of Nataraja involving Subhash Kapoor.

The kingdom of Gandhara, located in the region of present day northern Pakistan and Afghanistan, was part of the Kushan Empire. It was located near overland trade routes and links to the ports on the Arabian Sea and consequently its art incorporated Indian, Persian and Graeco Roman styles. The latter style, brought to Central Asia by Alexander the Great (327/26–325/24 BC) during his conquest of the region, particularly influenced the art of Gandhara. This stylistic influence is evident in facial features, curly hair and classical style costumes seen in images of the Buddha and bodhisattvas that recall sculptures of Apollo, Athena and other Graeco Roman gods.

Buddhism was the dominant religion of the Kushan Empire and the basic repertoire of Buddhist iconography was developed during the Kushan period around the first century BC. Prior to this time the Buddha was not shown in human form but was indicated by various symbols, including footprints, a deer and a bodhi tree, which refer to the Buddha himself and to episodes from the Buddha’s life.

The use of symbols to visualise the Buddha illustrate that the Buddha was initially not considered a god, but as a mortal who, through his teachings and example, provided a role model for those who sought salvation through their own actions. However, during the Gandharan period, during the first century AD, anthropomorphic representations of the Buddha first appear. These indicate the Buddha had become a saviour and a god, and therefore his depiction in human form required iconographical conventions that identified his divine nature. This iconography drew on conventions used to depict gods in Persia, Rome and India, and included the use of a halo to signify divinity. Smaller stone images like the Gandharan Buddha illustrated may have originally functioned as decorations for the casings of Gandharan stupas (commemorative structures containing sacred Buddhist relics). The stupa decorations often depicted scenes of daily life and the life of the Buddha, and portraits of deities and mortals.

Materials included schist and stucco, the latter usually painted in naturalistic colours. The iconography of Buddha images is codified into postures ( asanas ), gestures ( mudras ) and attributes (objects held by the Buddha), to refer to various scenes from the Buddha’s life. The Gandharan Buddha is seated in the lotus position ( padmasana ), with his hands in the gesture of meditation ( dhyana mudra), referring to theBuddha’s periods of meditation during his questfor enlightenment.

Images of the Buddha gradually developed a standard iconography of physical details that identify the figure as the Buddha. Some of the physical characteristics conform to the thirty two marks of a great man ( lakshanas) which were codified in India in the pre Buddhist era.

For example, the Buddha is depicted with a protuberance on the top of his head called an ushnisha . It may have originated in the bun hairstyle once worn by Nepalese nobility (the Buddha was born into a noble family), but is generally considered a sign of the Buddha’s wisdom and enlightenment. The Buddha has long earlobes that recall the heavy earrings he once wore before he renounced his wealth. The tuft of hair between his eyes, the urna , is a symbol of wisdom. A wide variety of styles developed within this iconographic framework across the Buddhist world.

Australia to return stolen Kushan Era Buddha statue to India added by admin on January 6, 2015
View all posts by admin →