By admin on February 5, 2016Comments Off on Australian Place names of Indian Origin 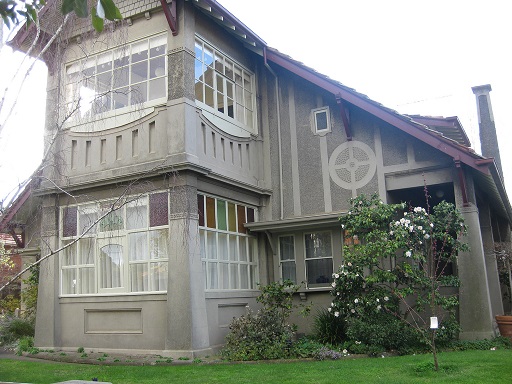 The place names in Australia are mostly derived from Aboriginal language or named by nostalgic early settlers with that of European towns. But there are a few towns or suburbs in Australia that bears the name of Indian regions. Most of these towns are named by British Indians and in some cases based on the names of Business establishments of the same name in the area. Below is a list of such towns in Australia, Indians can call as their own.

Lucknow village is located around 9km east of Orange in Central West region of New South Wales. It is a mining town with large farm lands. The town was named in 1863, but it is debatable whether it was named after the Indian City of Lucknow. There is an argument that, Lucknow means Luck Now or luck immediately. Since this is a mining town, we have to give equal footing to both arguments. The largest nugget ever discovered in the area weighed 76 kilograms, found at a claim called Hard To Find. (Luckily, not Too Hard to Find).

There are two Mangalore’s in Australia. One in the state of Victoria and the other in Tasmania.

Mangalore town is in the Shire of Strathbogie local government area. It is situated 2 hours north of Melbourne. Mangalore town has a railway station and an Airport that bears the same name. It is believed that this place got the name because of Pub of similar name in the area.

There is a Mangalore in Tasmania too. Mangalore town is around 32km from Hobart and lies between the towns of Bagdad and Brighton. It is named after Mangalore in Karnataka.

Surat is a rural town in Queensland approximately 450km west of Brisbane. In 1849, Surveyor Burrowes named it Surat after his former place of residence in India.

Malabar is a Suburb in Sydney around 12km South East of Sydney CBD. The town was named after a ship MV Malabar that was shipwrecked at Miranda Point on the Northern headland of Long Bay on 2nd April 1931. The ship was named after the Malabar Coast of Kerala.

Madura is a small roadhouse community located on the Eyre Highway in Western Australia. It is around 1200km west of Perth. There is a Madura Station which is a sheep station located nearby. Madura was settled in 1876 as a place to breed quality cavalry horses for the British Indian Army for use in the Northwest Frontier region of India. Madura was a city and district of British India, in the Madras Presidency.

There is a Golconda in Tasmania, but nothing to suggest any connection with Golconda in Hyderabad.

One other place that one may seems to have some connection with India is a locality named ‘Linga’ in Victoria. Linga is situated on the section of the Mallee Highway and Pinnaroo railway line between Ouyen and the South Australian border in the Sunraysia region. But The name Linga is believed to be an invented derivative from the traditional Aboriginal name Lar-gni which meant camp of … because as a place to camp it was a place to linger.

Manya in Victoria, close to the South Australian border may remind us of a place named after an Indian Girl but the name is derived from the local Aboriginal word meaning “the hand”.

The place called Punjaub is situated on the border of Queensland and Northern Territory.  The place was named so because it was home to five rivers –Logan, Albert, Pimpania, Coomera and Nerang.

Australian Place names of Indian Origin added by admin on February 5, 2016
View all posts by admin →

How Melbourne got its name?
Indian New Year 2016 Celebrations in Melbourne
Karthik Live Concert in Sydney
15 Best Bengali movies of all time
How to buy $1400 Million USA Power Ball in Austral...
Onam Celebrations in Sydney 2017
Regulatory changes from 1st July 2017 in Australia...