By admin on March 26, 2018Comments Off on B.Jayashree Rangotsava in Sydney 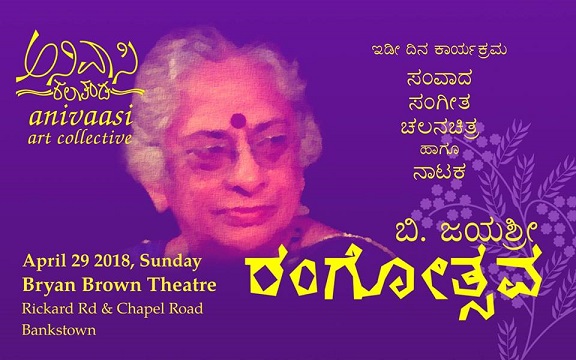 A veteran Kannadiga theatre actor, director and Singer, Jayashree was awarded Padma Shri by India Government in 2013. She also acted in films and Television Serials. She was nominated to Rajya Sabha in 2010. She was also a voice-over artist for Madhavi, Gayathri, Jaya Prada, Ambika , Sumalatha and many other actresses in Rajkumar movies.

B.Jayashree Rangotsava in Sydney added by admin on March 26, 2018
View all posts by admin →