By admin on August 5, 2015Comments Off on Baljit Singh and 2 Other Indians Charged with Visa Racket Scam in Melbourne

Bobby Singh, who owns and manages the St Stephen Institute of Technology in Melbourne’s north-western suburbs, was arrested at his luxury home in Balwyn. Police also seized a red Ferrari from the home. Rakesh Kumar, who is also a director of St Stephen, and Mukesh Sharma, who owns and manages the Symbiosis Institute of Technical Education in Footscray, were arrested in separate raids.

Mr Singh and Mr Sharma also own and manage companies which supply post and parcel delivery drivers to Australia Post.

Why they are charged?

Mr Singh allegedly heads a syndicate bringing students to Australia on the pretence of doing courses at a government-subsidised education college in Melbourne’s north. The students are often promised a working visa or permanent residency at the end of their education course. But the institute do not deliver any courses and instead the students are subcontracted to Australia Post , where they work for below award wages, sorting and delivering packages. The institute advertise for courses with prices ranging from $3500 to $10000. Both companies have provided a number of international students with offers of enrolment, which enabled them to apply for student visa extensions. As registered training organisations both the St Stephen and Symbiosis have been receiving subsidies from the Victorian Government for enrolling domestic students. St Stephens Institute is located in the northern suburbs of Reservoir. 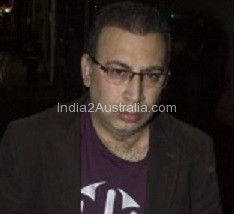 In a statement Australia Post said it had “terminated all delivery contracts with these labour contractors.

Baljit Singh and 2 Other Indians Charged with Visa Racket Scam in Melbourne added by admin on August 5, 2015
View all posts by admin →