By admin on November 5, 2015Comments Off on Chhello Divas Gujarati Movie Screening in Sydney

Synopsis: Chhello Divas is directed by Krishnadev Yagnik and the cast includes Yash Soni, Malhar Takar, Janki Bodivala, and Arjav Trivedi. The movie is about the college life and the life soon after that of 8 friends. Audience will be able to easily connect to the film through one or the other cast as all the eight characters in the film are very different from each other. The creators have kept the larger audience in mind in order to take Gujarati movies to the next level. The movie is produced by Ayush Mehta, Nilay Chotai, Pranav Kabr, Sandi Dang and Sharad Patel. The movie is mostly shot in Ahmedabad including the Sabarmati River front. Music is composed by Harish Trivedi 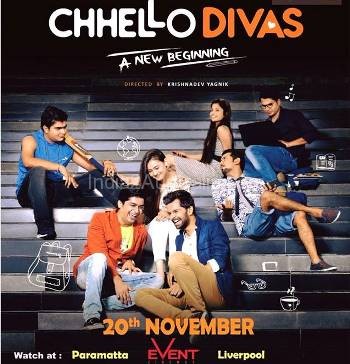