By admin on August 26, 2017Comments Off on Cine Star Aju Varghese not coming for MMF Onam in Melbourne 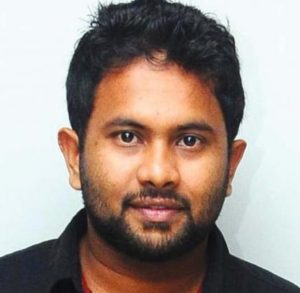 Malayalam Cine Star Aju Varghese won’t be attending the Malayalee Federation Onam Celebrations in Melbourne on 26th August 2017. Aju was the Chief Guest for the function. Aju Varghese was formally charged with IPC Section 228, for mentioning the name of the actress in the abduction and assault case that rocked Malayalam Movie Industry. The actor in his Facebook Post came in support of the prime accused and superstar Dileep. A case was filed against the actor, on the basis of a complaint made by a person named Gireesh Babu.

Aju had initially mentioned the name of the actress in his post, where he asked the actress not to make Dileep the offender, regardless of the heinousness of the crime. Later he tendered an apology and removed the post.

On 1st of August, Aju Varghese approached the Kerala High Court for quashing the case registered against him. Along with his petition, Varghese also filed a signed affidavit of the actress in the court which stated that she had no objection to his plea.

But Highcourt made it clear on 1st of August 2017 that the FIR against Aju can’t be revoked even if the actress doesn’t have any objection as the incident has happened and case already registered against him.

Though it was clear since then that Aju Varghese won’t be able to attend the function, the organisers kept an optimistic view that the clouds will clear and the darling of the masses will be here to grace the occasion. That explains the late declaration from MMF about the actor’s absence.

Cine Star Aju Varghese not coming for MMF Onam in Melbourne added by admin on August 26, 2017
View all posts by admin →