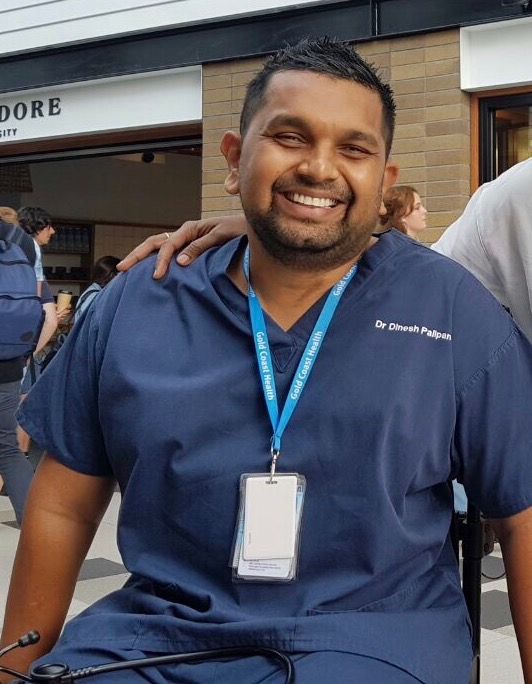 Dinesh Palipana has become the second person with quadriplegia to graduate as a doctor in Australia and the first with spinal cord injury. He is also a law graduate from the University of Technology.  He completed his Doctor of Medicine from Griffith University.

On January 31, 2010., a car accident at the Brisbane’s Gateway Motorway left him quadriplegic.  Struggling financially , Dinesh and his mother went back to Sri Lanka, hoping for a cost effective support.  But they could not get what they hoped for in Sri Lanka, soon the mother and son returned to Australia to continue with his medical studies. Despite spending two years in clinical training as a medical student at the Gold Coast University Hospital, Palipana faced challenges in securing initial employment in his home state of Queensland under Queensland Health.  At one point, he was the only Queensland medical graduate without an employment offer for the year 2016 despite testaments to his ability.  Eventually he was taken as an intern at Gold Coast University Hospital.

Palipana was born in Kandy, Sri Lanka and grew up in Byron Bay and Brisbane.