Do you think Deepak Dhankar deserves the guilty verdict in sex by fraud case?

By admin on February 25, 2015Comments Off on Do you think Deepak Dhankar deserves the guilty verdict in sex by fraud case? 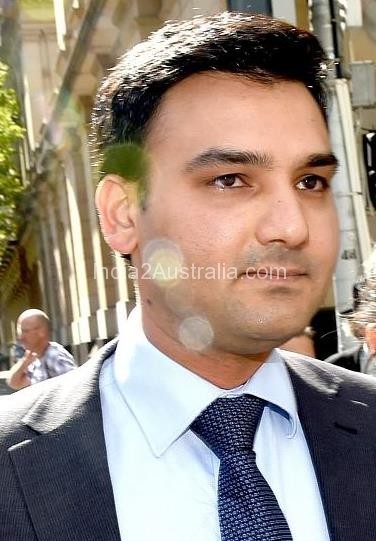 Deepak Dhankar, Indian born financial planner from Tarniet in Melbourne has escaped jail sentence after been charged with procuring sexual penetration by fraud. In 2012, Deepak Dhankar, posing as Jamie, met the woman through an online dating site and agreed to meet at her home. He told her that, he is a white blond hunk and insisting she kept her eyes closed throughout the tryst. Dhankar set up a profile on a dating site called Oasis and pretended to be a beefcake called Jamie

They agreed that he would let himself in the house and into her bedroom, where she was in bed pretending to sleep. The woman kept her eyes closed throughout the sexual encounter, but when she opened her eyes she realised Dhankar was not Jamie. The victim claimed she shut her eyes throughout the encounter and only realised her lover was Asian when they got into the shower together. Her children were in the house at that time too. Fearing for the safety of her children who were in the house, she then decided to “play along” until he left, before phoning the police. 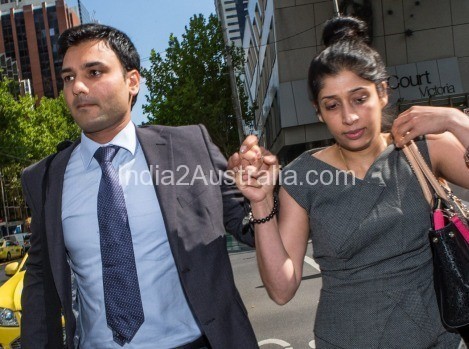 Deepak pleaded guilty in the county Court to procuring sex by fraud and was sentenced to 200 hours of community service. Her children were in the house at the time. The Judge maintained that he was of low risk of re-offending and showed genuine remorse. But it is a serious matter to access to another person’s body by deception.

Deepak is a married man with three children. Deepak entered Australia in 2003 for studies but now he is an Australian Citizen.

The victim in this story is lucky to be born in Australia. If this case was tried in Saudi Arabia, she would have been already stoned to death. If she is living in India, such an incident would have destroyed her reputation in the society and her community would have made her life a living hell for being a woman of low morale.

This case is a funny example of how the law works.

The Judge’s ruling goes as follows.

“You maintained the deception by telling her to keep her eyes closed. You cynically took advantage of the complainant’s willingness to allow a person into her home and engage in sexual activity with a person who was a stranger to her, except for electronic communications.”

Who is at fault?

We leave it to our readers to answer

Do you think Deepak Dhankar deserves the guilty verdict in sex by fraud case? added by admin on February 25, 2015
View all posts by admin →

Mawlynnong – The cleanest village in Asia, where t...
A Aa Telugu Movie screening details for Australia ...
India’s most famous celebrity children
Ninnu Kori
After “Why This Kolaveri Di”, “Jimikki Kammal” con...
This is the one and only Indian Festival that enco...
Durian causes gas leak fears in Melbourne RMIT Cam...