By admin on November 27, 2013Comments Off on Do you think Sachin deserves Bharat Ratna? 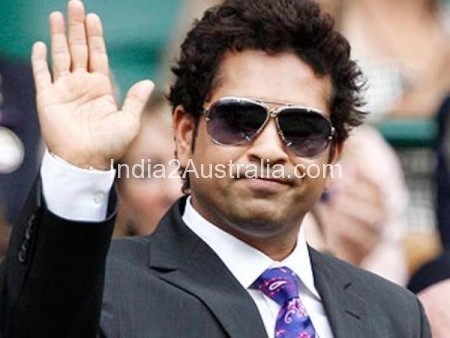 India’s most celebrated sportsman, Sachin Tendulkar was conferred the highest Civilian Award Bharat Ratna soon after he bid adieu to the international Cricket after playing for 24 years. Though India’s Hockey Icon Late Dhyan Chand’s name was also recommended, Prime Minister Manmohan Singh recommended only Sachin’s name to the President to confer the Award.

The hurry the ruling congress party has shown to confer the award to Sachin has raised many eyebrows . Considering the fact that the upcoming general elections played a part in the decision, the general criticism was more focused on leaving more deserving candidates. If we take a closer look at the recipients of this award, in previous years, it becomes clear that all is not quite right with the award conferring process.

The awardees who recommended themselves for Bharat Ratna

This is one award where there is no jury. The prime minister recommends a name and the president has to confer. In 1955 Jawaharlal Nehru was conferred Bharat Ratna. Undoubtedly, he is one of the most deserving candidates. But it is also noteworthy that Jawaharlal was the Prime Minister of India during that period. Effectively that makes him the first person to confer the highest civilian award in the country to himself.

Sixteen years later, the history repeated itself when his daughter took the decision to confer the award to herself. In 1971, apart from the Bangladesh war victory,then  the one term Prime Minister of India had nothing much to count for achievements.

Political Considerations played a larger part, when M.G.Ramachandran was awarded the honour posthumously.

Bharat Ratna stipulated it was to be conferred “for the highest degrees of national service. This service includes artistic, literary, and scientific achievements, as well as “recognition of public service of the highest order.” In December 2011, the Government of India modified the criteria to allow sportspersons to receive the award; since then, the award may be conferred “for performance of highest order in any field of human endeavour.”

Comparing Sachin with other recipients may make the little master look much shorter. Apart from playing the most popular game in India, the otherwise quiet and controversy averse Sachin has nothing much to boast about.

Do you think Sachin deserves Bharat Ratna? added by admin on November 27, 2013
View all posts by admin →