By admin on February 18, 2015Comments Off on Dodgy temple brings trouble for owners in Craigieburn 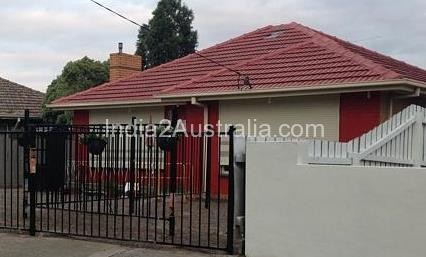 No 32 Hanson road, Craigieburn, VIC 3064, an address well known among Indians living in Craigieburn is under investigation by authorities for being used as a Hindu Temple without permission from the council.

The Craigieburn home is listed in Facebook as a Hindu temple operating from 8am to 8pm. The Facebook account has more than 473 likes, reviews from attendees of the temple and details of events organised at the temple.

A post on November 23, said a new temple was being constructed at the address with a “grand opening” advertised for January 17. A Herald Sun report claims to have found another post encouraging donations with Bank Account details listed.

The home’s owner, who did not want her name published, denied the house was a temple, instead saying it was a “house of God”. She also claims that Grand Opening was simply a house warming ceremony. She also maintained that the Facebook page was used to promote festival information and the Indian culture, while donations were used to buy statues.

The Hume City council has received numerous complaints from locals about the house since January this year. The neighbours complain about the noise and road blocks as a result of a religious worship centre operating at their neighbourhood without council permission.

The Hume City council is investigating the matter. While residential zones are primarily for housing, they can, in some instances, allow for educational, religious, recreational, community and other uses. Places of worship can occur where the gross floor area is no more than 250sq m and where there is access to a road zone.

It is less likely that any charges will be laid. Many Christian groups operate their Churches from their homes. It is a widely held practice in Australia.

Dodgy temple brings trouble for owners in Craigieburn added by admin on February 18, 2015
View all posts by admin →