By admin on January 7, 2018Comments Off on Domino’s worker Anand Singh shot in chest and hand during robbery in NSW 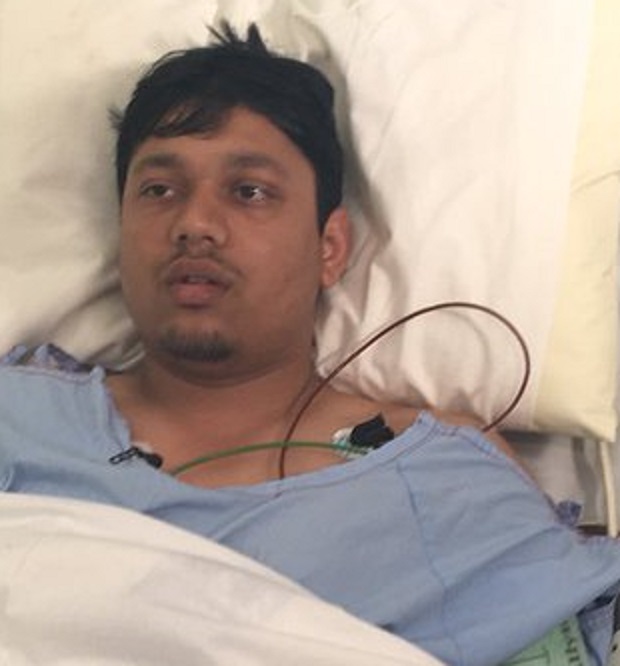 A pizza restaurant employee, 21-year-old Anand Singh was shot in the early hours of Sunday (7th January 2018) morning when he was confronted by an armed man. The incident happened at Dominos Shop on Dunmore Street at Wentworthville in NSW around 1:40 am on Sunday. The armed man made demands for money before shooting Anand in his hand and chest before fleeing the scene.

With the help of another employee, Anand Singh walked some 450 metres to Wentworthville Police Station. Anand is admitted to the Westmead Hospital in a serious but stable condition.

CCTV footage caught the victim, who appeared to be holding his wounds, and his work colleague walking across a train station ramp to the police.

The armed man has been described as being of Caucasian appearance, aged in his mid-20s with a slim build and wearing a dark-coloured hooded top.

Police are appealing for anyone with information about the robbery and shooting to call Crime Stoppers on 1800 333 000.

Domino’s worker Anand Singh shot in chest and hand during robbery in NSW added by admin on January 7, 2018
View all posts by admin →