By admin on July 17, 2017Comments Off on Dowry case against Brisbane’s Harsimran Singh and Australia’s Dowry dilemma 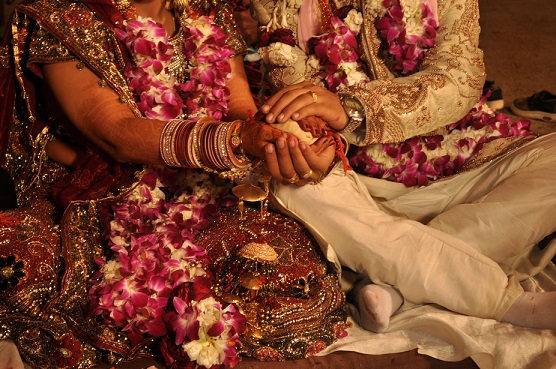 Punjab Police registered a case against Brisbane-based Harsimran Singh, his parents and three sisters under Anti Dowry Act for criminal breach of trust based on a complaint filed by his wife. Complaint lodged by Manbir Kaur, estranged wife of Harsimran Singh, against him and his father Jaswinder Singh, mother Paramjit Kaur and three sisters Amandeep, Harpreet and Rajdeep Kaur, details the mental and physical harassment she has undergone in Australia, to fulfil their demands for more dowry.

As per the case filed, Manbir Kaur, daughter of Phagwara village Bidd-Puad resident Sharanjeet Singh, was married on December 12, 2008 to Harsimran Singh. She arrived in Australia in March 2009. She alleges that the torture for more dowry began after she gave birth to a baby girl.

At the time of marriage, the groom’s family received Rs 10Lakh in cash along with goods including gold Ornaments as dowry. She also alleged that the in – laws have had levelled false charges of theft against her in Australia and the Australian Police had issued a warning to her on that matter.

Due to extreme nature of the torture she was forced to leave her in – law’s house in Brisbane and went to her brother who also lives in Brisbane.

It is also common in India for women to frame their husbands in false dowry torture claims. Due to the nature of the crime, women get immediate sympathy and support. Women do this for multitude of reasons:  she wants to punish the husband as the marriage turn sour; to extract generous financial settlement in the event of a divorce; gain family property or custody of the children or to get out of marriage when they have extra marital affairs.

So it will be unfair to blame one party purely based on a complaint filed by the other party before a thorough investigation by the Police.  As per the National Crime Record Bureau of India, the conviction rate in dowry cases was only 2-3 per cent, indicating an enormous number are eventually thrown out by judges.

But genuine cases need to be treated seriously and investigated thoroughly to prevent this epidemic destroying families. Australia is not immune to this cancerous evil either.Dowry custom is a centuries old Indian tradition where the bride’s parents give gifts of cash, clothes and jewellery to the groom’s family.  Though widely practised even now, it is illegal in India since 1961. As the Indian population in Australia skyrockets, more cases of dowry related incidents are reported here.

On December 13, 2014, Deepshikha Godara was stabbed, beaten and strangled to death by her estranged husband, Sunil Beniwal who later took his own life by driving his car into the path of an oncoming truck.  The coroner, after investigation ruled that Deepshikha’s sudden and violent death came after years of prolonged physical and emotional abuse at the hands of her husband demanding more dowry.

In 2008 Australia-based fitness trainer Pradeep Reddy was booked by Hyderabad Police for torturing his wife Divya Ligamanei. The couple together had a five-year-old daughter.  Pradeep Reddy, got married to Divya Lingamanei in 2008 . Divya alleged that Pradeep took Rs 1.5 crore from her and her parents a few years ago to start his F45 fitness centre and duped them. She also reported that he had taken Rs 10 lakh in cash and 30 tola gold, as dowry, at the time of marriage. She also alleged mental and physical abuse from her husband.

In 2012, Santoshi Sujana, , made complaint to Visakhapatanam Police  against her Sydney based husband Santhosh. She alleged that at the time of marriage she paid a hefty dowry but soon after marriage her husband’s family started harassing for another Rs 5Lakh. Santhosh abandoned Sujana in Sydney and went back to Hyderabad on the pretext of his Father’s sudden demise.

The family of  Ramyakrishna who took her own life in Melbourne in 2016 also alleged dowry torture against her husband   Mahanth N.” She was harassed for additional dowry by her husband and in-laws. Despite giving them property worth Rs one crore, one kg of gold and Rs 40 lakh in cash during the marriage, they harassed her,” said her brother. Mahanth and his family members denied the allegations.

In recent years dowry harassment has caught the attention of Australian media and is widely discussed whenever such incidents came to its attention. Many organizations and individuals have contributed enormously to educate the public about the issue.

Psychiatrist Manjula O’Connor is a crusader against the Dowry system in Australia and has stepped up calls to ban the dowry in Australia. She argues that generic laws are not enough and is urging state and federal governments to introduce specific legislation targeting dowries.

Dowry case against Brisbane’s Harsimran Singh and Australia’s Dowry dilemma added by admin on July 17, 2017
View all posts by admin →