By admin on October 17, 2015Comments Off on Dr Surinder Parhar in hot water after seven avoidable baby deaths at Bacchus Marsh Hospital

A Health Department probe into 10 stillbirths or deaths in 2013 and 2014 at Bacchus Marsh and Melton Hospital, which is run by Djerriwarrh Health Services, has found that hospital practices could have contributed to the seven deaths. The deaths of the babies could have been avoided if sufficient care was taken. The deaths occurred at a time when the regional hospital’s case load of births almost doubled, between 2006 and 2013. In the last financial year, 2014-2015, there were 824 births at the hospital. 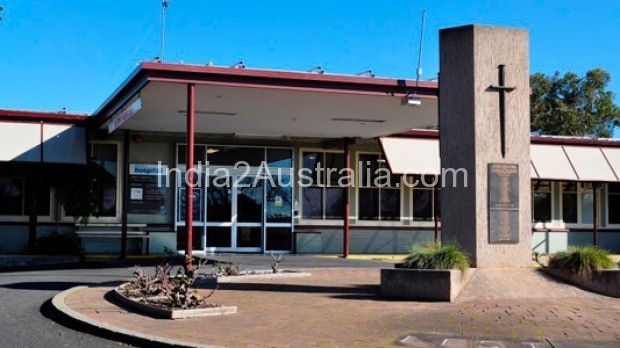 Concerns about the lack of staff, policies and equipment’s at Dierriwarrh’s maternal services were raised with the Health Department in 2014 by some of the  hospital staff, after the patient numbers more than doubled in the last ten years.

Lawyers are preparing court action on behalf of a family whose baby was left brain damaged after an allegedly bungled birth at the hospital. Three other families are also contemplating legal action against the hospital with Maurice Blackburn Lawyers after their babies were died during birth between 2013 and 2014. Two other families are also considering legal action through Slater and Gorden.

The health practitioner’s regulator has launched an investigation against some of the doctors and midwives employed during the period including former head of obstetrics and Gynaecology, Dr.Surinder Parhar.

Dr Surinder Parhar has already left Australia and did not renew his license to practise medicine in Australia and his name was struck off the register when it expired about a fortnight ago.

Dr Surinder Parhar lived round the corner from the hospital for around 30 years. He worked in the hospital as a obstetrician since 1995. Dr Parhar oversaw the Bacchus Marsh and Melton Hospital’s transformation from a regional centre into a bustling maternity unit catering for up to 1000 births a year. It is believed his inability to cope with the area’s rising population in the busy western growth corridor led to this tragic scandal. People close to Dr Parhar says that he became withdrawn after the death of his first wife, Helen, in 1997. His wife Helen has taken her own life jumping from the West Gate Bridge.

In 2013 a woman almost dies following a series of health complications while giving birth under Dr Parhar. She was rushed to another hospital and the doctors there saved her life, but the baby died. Alarmed by the poor post-natal care at the hospital , a doctor from another hospital makes a notification against Dr Surinder Parhar to the Australian Health Practitioners Regulation Authority and the investigation began.

In June 2015 after 28 months of investigation Australian Health Practitioners Regulatory Authority completes their investigation and places restrictions on Dr Surinder Parhar. In July 2015 Dr Parhar resigns from the post and leaves Australia in September 2015without renewing his license to practise in this country.

No one doctor was common to the deaths. The entire board and the hospital CEO have been removed. A new medical director has been employed as has a new director of nursing, a new nursing unit manager, a new clinical midwifery consultant and have replaced the former CEO with an interim one.

The Staff at the hospital were found to be inadequately skilled in foetal monitoring. Now the hospital is being supported by doctors from Western Health and the Royal Women’s Hospital

There was a lack of out of hours paediatric cover. It was found that Patients were accepted that should have been referred to other hospitals. It is being supported by doctors from Western Health and the Royal Women’s Hospital

The families and staff are receiving counselling and other support

The board will be replaced with an administrator