By admin on March 13, 2015Comments Off on Former Indian Restaurant owner Farok Shaik allegedly ripped off $85844 in wages from Indian Couple 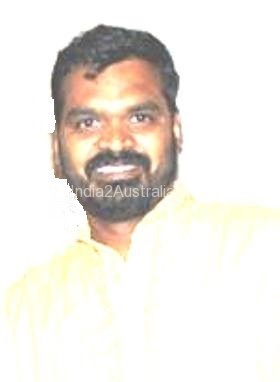 Indian couple allegedly paid no wages for more than a year’s work at Indian Tandoori Restaurants previously owned by Farok Shaik in country Victoria. The Victorian restaurateur is facing legal action for short changing the couple of $85844.

The man worked as a chef and the woman helped in food preparation and customer service duties. The couple were forced to take on extra work cleaning to earn an income.

The couple worked in the ‘Indian Tandoori’ restaurants in Yarrawonga, Beechworth and Bendigo, then owned by Faroq Shaik for 14 months. Mr Shaik also breached the laws by providing payslips containing false information to a Fair Work Inspector investigating the matter.

Mr. Shaik offered to pay the couple a combined income of about $1600 a week during the period of time from August 2012 to October 2013. Shaik provided food and accommodation for the couple.

Ombudsman Natalie James says the workers were reluctant to complain about the lack of payment because they were reliant on Mr Shaik’s support for a Regional Sponsored Migration Scheme Visa application.

The couple were on bridging visa at that time while they waited for the outcome of their permanent residency application. The couple approached the Fair Work Ombudsman in March, 2014 after they ceased working at the restaurants and received advice that their visas had been declined..

A directions hearing is scheduled for the Federal Circuit Court in Melbourne on June 15. Mr Shaik faces maximum penalties of up to $10,200 for each offence.

Fair Work Ombudsman Natalie James says legal action was commenced because of the seriousness of the alleged conduct and the involvement of vulnerable overseas workers with only limited and Basic English skills. He also said that, Mr Shaik’s failure to back pay the workers and lack of co-operation from him are also concerning aspects of the case.

It is noticed that unscrupulous employers in food and hospitality sector and in retail sector, especially those running Petrol stations and car cleaning businesses, are mostly taking advantage of the vulnerability of foreign workers.

What you should do if you are short changed by your employer?

Unscrupulous bosses are persistently taking advantage of migrant workers, who are vulnerable because of their lack of language skills and knowledge about their rights.

Employers and employees seeking assistance can visit www.fairwork.gov.au or contact the Fair Work Infoline on 13 13 94. Overseas workers can call 13 14 50 if they need interpreter services.

The Fair Work Ombudsman has fact sheets tailored to overseas workers on the website and information to assist people from culturally and linguistically diverse backgrounds, translated into 27 languages.

The Agency has also produced videos in 14 languages and posted them on YouTube to assist overseas workers understand their workplace rights in Australia.

Free tools and resources for employers on the website include the ‘My Account’ tool which allows users to save tailored information such as pay rates and conditions of employment specific to their circumstances.