By admin on May 28, 2016Comments Off on Indian Origin Candidates of the Australian federal election 2016

The Australian Federal Election is on 2nd July 2016, which will determine all the 226 members of the 45th Parliament. This is a double dissolution election, which means all the Senate seats are also contested.

Compared to the previous Federal Election, only a few Indian origin candidates are in the foray. As a matter of fact, major parties field Indian candidates in unwinnable seats to ensure the support of the community. This year is no exception. In this list of candidates, we have also included candidates of Sri Lankan Origin. 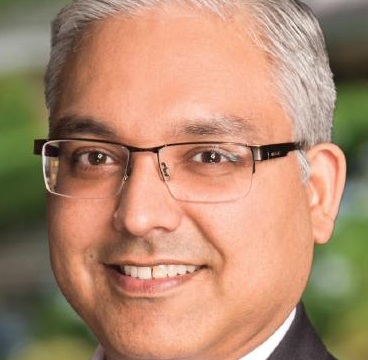 Mohit Kumar is the Liberal Party candidate for the electorate of Chifley for the 2016 Federal Elections. Mr Kumar a 39-year-old police prosecutor will stand against Labor’s incumbent Ed Husic. Mohit requires a 10.9 percentage swing to win the seat which is held by labor since its creation in 1969. Mr Kumar lives in Quakers Hill with Jennifer, his wife of 17 years, and their two school-age sons. He is working with the Police Department for the last 13 years 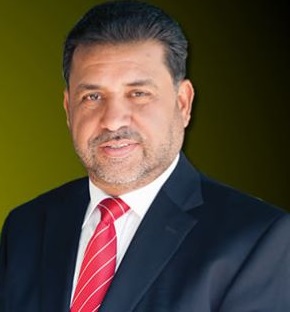 Owner of the Billu’s Eatery in Harris Park is trying his luck in the Western Sydney electorate of Greenway as an independent. 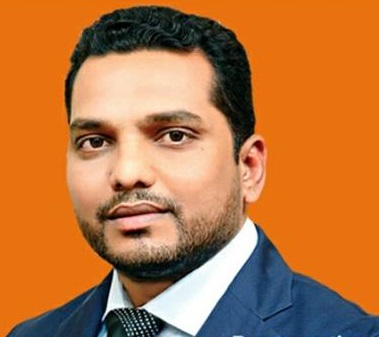 Mahesh Raj is contesting the elections from Parramatta as an independent Candidate. Yuva Gujarat, a cultural organisation for the Gujarati Community was established by Mr Mahesh Raj with the intention to maintain, enhance, and promote Gujarati culture and heritage in down under. 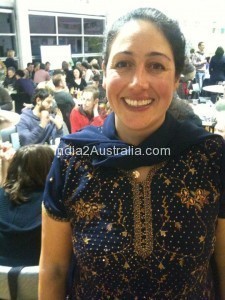 Alex Bathal is Greens candidate for the seat of Batman. Alex Bhathal is a social worker with longstanding involvement in community building, social justice and human rights advocacy, and environmental activism. She lives in South Preston, in the geographic heart of the electorate of Batman, with her two  sons and husband. Alex has been a member of the Australian Greens since 2001. She has served as Welfare Spokesperson for the Greens in Victoria and as National Climate Campaigner during 2011. Alex also served as Australian Greens International Co-Secretary in 2012, helping to coordinate Australia’s contribution to the success of the third Global Greens Congress in Dakar, Senegal. 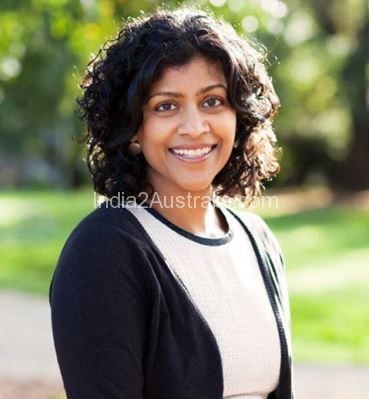 Samanta was born in Sri Lanka and her parents later migrated to Australia. Samanta Ratnam is a social worker and have worked in drug and alcohol rehabilitation, mental health, international development and migrant settlement services. After completing high school in Australia, Samantha entered the University of Melbourne and completed a double degree – Bachelor of Arts (Politics) and Bachelor of Social Work (with honours).  In 2015 she was elected as the Mayor for Moreland City Council 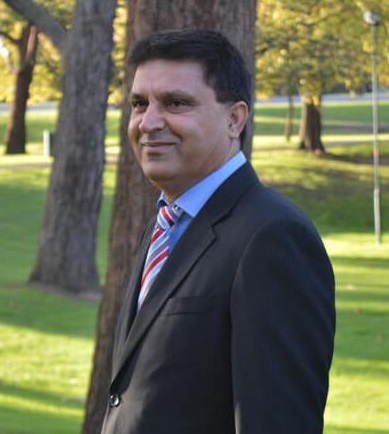 Shashi Bhatti is a proud and passionate Gippslander. Since immigrating from India in 1989, Shashi commenced studying at the local TAFE College for an Advanced Diploma of Accounting, whilst working hard to support a young family taking on a variety of jobs including being a machine operator, forklift operator and working at the local petrol station.

Having experienced periods of unemployment, Shashi knows first-hand how difficult it can be for families to make ends meet.

Shashi then went on to complete a Bachelor of Business majoring in Accounting at Monash University Churchill – now Federation University Gippsland – and is an award winning accountant for seven consecutive years based in a major business in Traralgon. Shashi is also a member of the local Morwell Bowling Club and enjoys walks in the beautiful surrounds of the Gippsland countryside.

Shashi proudly became an Australian Citizen in 1992, married his wife Daljit Bhatti after arriving in Australia, and they have raised three sons in their home town of Morwell. 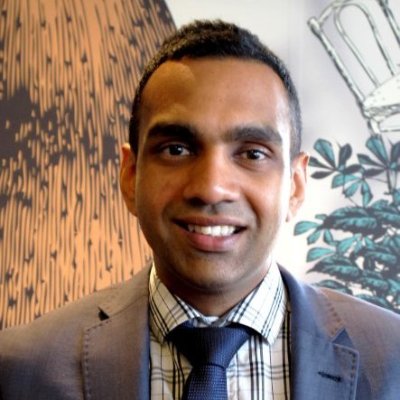 Like many people, Naren is deeply concerned about how animals are treated in Australia and overseas. He has major concerns about the treatment of animals in factory farms, on live export ships, and on the race track.

Naren’s philosophy is centred around kindness and compassion to all sentient beings. He has a strong interest in seeing an Independent Office of Animal Welfare established to ensure animals have protection in Australia.

He is currently the owner and director at ACECIS – a graduate career development and recruitment business based in Elsternwick, Victoria and has a strong interest in economics, politics, social justice and education. 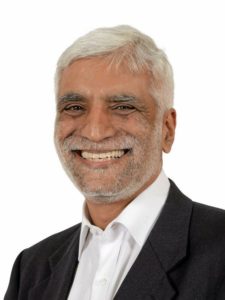 Soares migrated to Australia from India in 1978 as a 15-year-old.  He studied medicine at the University of Sydney, including an elective placement with Mother Teresas nuns in Mumbai and Kolkata. After working in NSW for a number of years, he relocated to Nepal to work with an international charity that provides rehabilitation to people affected by leprosy. Returning to Australia, Soares moved to Brisbane where he works orthopaedic surgery. 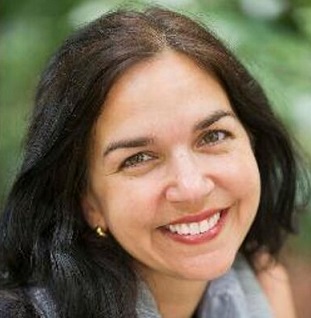 Lisa Singh was born 20 February 1972 in Hobart, Tasmania to a Fijian-Indian father and an English Australian mother. Her father arrived in Australia as an international student in 1963. Singh attended St Mary’s College and Elizabeth College before leaving Tasmania to live and work in Melbourne, Sydney and Brisbane. She later returned to Tasmania to study at the University of Tasmania, graduating with a Bachelor of Arts with Honours in Social Geography, and also holds a Master of International Relations from Macquarie University. Singh was elected to the Tasmanian House of Assembly as one of the five Members of the division of Denison in the March 2006 state election. Singh was defeated at the March 2010 state election. Singh was elected to the Australian Senate in the 2010 federal election, making her the first person of South Asian descent to be elected to the Australian Parliament.

Singh is the granddaughter of Ram Jati Singh, who was a member of the Fijian Legislative Council (the precursor to the present day Fijian Parliament) in the 1960s. Her uncle, Raman Pratap Singh, is a Fijian politician who is a past President of the National Federation Party who was a Member of Parliament from 1994 to 1999. In her maiden speech in the Senate, Singh claimed descent from the Rajputs. (Courtesy: WIKIPEDIA) 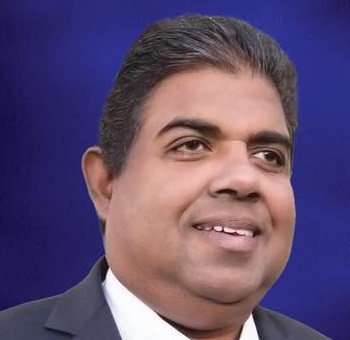 Jagath Bandara is Labor Party candidate for Senate from NSW. Mr Bandara released this statement about his candidature.

Ever since the day I arrived into this country, I have tirelessly worked with our communities, worked hard collectively to bring justice for low paid employees and help many workers have the voice they deserve in their respective jobs. It has been nearly 20 years where I have been working with the Union Movement (United Voice/AMWU) and have continued to do so until now.

I have recently been selected and honoured to be a senate candidate for Labor in NSW at the upcoming Federal Election .

Therefore on July 2, I am asking you to vote for Labor. 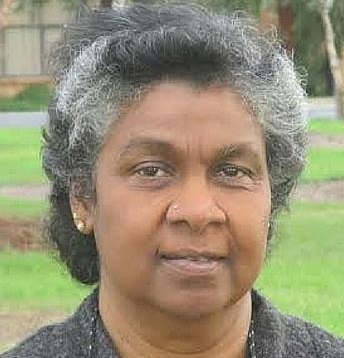 Born in an Indian family in Malaysia, Lali trained as a nurse and midwife in England, worked as a nurse since the age of 17 and continues to work as a maternal child health nurse. She has faced the impact of colonialism in Malaysia and racism in Australia in the course of her work and everyday life. Lali was an organiser in the historic 1986 Victorian nurses strike. She is an active in feminist work, health campaigns, and in defending the rights of the Tamil minority in Sri Lanka.

Indian Origin Candidates of the Australian federal election 2016 added by admin on May 28, 2016
View all posts by admin →