Indian Restaurant handed down $200,000 in penalties after Indian worker exploited and sacked by text message

By admin on March 27, 2018Comments Off on Indian Restaurant handed down $200,000 in penalties after Indian worker exploited and sacked by text message

Simon Peter Mackenzie, the former owner-operator of the Indian restaurant, The Curry Tree, in Perth has been penalised more than $200,000 after paying Indian national, Gurprit Singh nothing for almost four months’ work then sacking him by text message for taking a day of sick leave.

The Federal Circuit Court Judge Antoni Lucev, described it as “egregious conduct”. Gurprit Singh (24) landed in the job in May 2012 after her answered a Gumtree advertisement seeking an experienced cook.

Gurprit worked seven hours a day, six days a week for 4 months and the only payment he received was $200  in cash for his first three nights.  One day in September 2012, Mr Singh took one-day sick leave and texted to inform Mr Mackenzie.

“For that good luck. Don’t come back,” Mr Mackenzie replied.

Then he went on to threaten Gurprit with another message, “If you don’t answer I will ring the police and say your possession of my keys to my business and I want them back. They will come to your house and arrest you for theft. I want my keys back now. I have already contacted security company and changed codes. Answer your phone.”

The restaurant was burned down in April 2014. After Gurprit complained to the Fair Work Ombudsman, the ombudsmen investigated case and took legal action against Mackenzie and his company. At the court Mr. Mackenzie blamed Mr.Singh for the fire which burned down the Restaurant, which resulted in a censure from the judge. 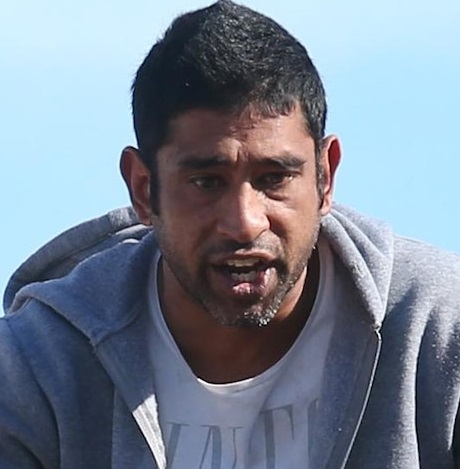 Mr Mackenzie was ordered to pay more than $200,000 in penalties and $32,661 in back pay and compensation to Mr Singh. In addition to the penalties, the Court has ordered Mackenzie and his company to pay the exploited worker a total of $32,661 in outstanding wages and compensation for the economic loss the worker suffered as a result of being sacked.

Gurprit was reluctant to complain to the Ombudsman hoping that Mackenzie will sponsor him for a work visa which will enable him to remain in Australia.

At a contested hearing in the Federal Circuit Court, Mackenzie denied committing any contraventions of workplace laws but the Court found Mackenzie and his company had committed all contraventions alleged by the Fair Work Ombudsman.

Judge Lucev said the penalty should deter employers in the restaurant and hospitality from similar conduct.

Employers and employees can seek assistance at www.fairwork.gov.au or contact the Fair Work Infoline on 13 13 94. A free interpreter service is available on 13 14 50 and information on the website is accessible in 40 languages other than English.

The Fair Work Ombudsman’s ‘Record My Hours’ smartphone app is aimed at tackling the persistent problem of underpayment of vulnerable workers by using geofencing technology to provide workers with a record of the time they spend at their workplace. The app can be downloaded from the App Store and Google Play.

The Fair Work Ombudsman’s popular Anonymous Report function, available in 16 languages other than English, allows visa-holders to report workplace concerns anonymously to the agency in their own language.

Indian Restaurant handed down $200,000 in penalties after Indian worker exploited and sacked by text message added by admin on March 27, 2018
View all posts by admin →