By admin on May 19, 2018Comments Off on Indian Student ‘taking selfie’ plunges to death in front of friends at popular WA attraction 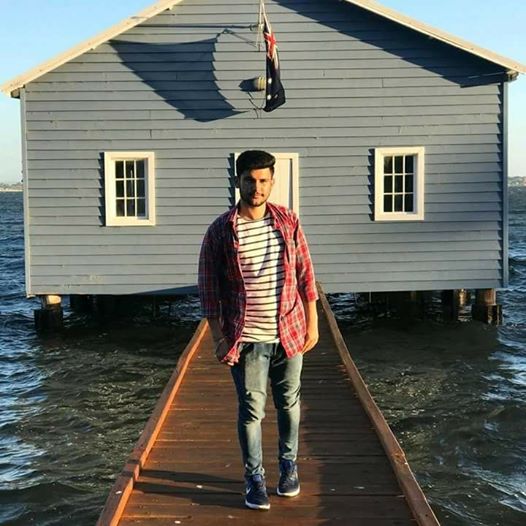 Indian International student Ankit Jatain fell to death while taking a selfie at the popular tourist spot, The GAP in Albany, Western Australia. The incident happened on 18th May 2018 at about 3pm. He hit several rocks as he fell 40m down landing on the rock at the base of The Gap, while his friends watched in horror helplessly. He visited the tourist location with eight of his friends who are also international students studying with him.

Ankit Jatain left the viewing platform to climb onto the rocks and tried to take a selfie while he slipped and hit the rocks before dragged out to sea. The sea rescue crews found the man floating down around 10metres offshore and pulled him ashore, but could not revive.

There were at least 7 deaths in the past 45 years around the same spot. The tourist hotspot reopened in April 2016 after a $6.1 million redevelopment. This is the second death along the coastline this year.

The online fund raiser initiated by Surya Ambati of ISWA ( Indian Society of WA )  has ended. We do not recommend donating for other unauthorized fund raisers.

Indian Student ‘taking selfie’ plunges to death in front of friends at popular WA attraction added by admin on May 19, 2018
View all posts by admin →

Commonwealth Games: Two Indian Athletes Suspended ...
Do you know Potatoes with Green discolouration can...
LIE
The former Sydney convenience store owner Adeel Kh...
Do you know when was the first time Mahatma Gandhi...
How to plant a lemon tree ?
Meet Kaushalya Vaghela -The first Indian born MP i...