By admin on September 22, 2015Comments Off on Islamic State Brainwashes Indian Hindu Girl in Australia to join them

The girl has fallen in love with a Muslim boy, while she was studying in Australia. The parents wanted to break their relationship and found an easy way to do it.

An Indian girl from a Hindu family in India reportedly developed interest in Islamic State while she was studying in Australia for her post-graduation. The Indian Intelligence agencies were alerted by the girl’s father, who is a retired Army lieutenant colonel. The incident happened two and a half months ago. 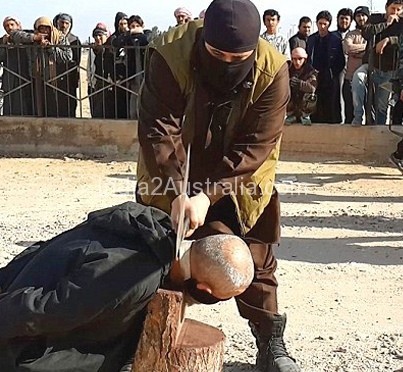 The girl’s father stumbled upon some internet communication on her computer linked to the Islamic State. Further investigation by the Colonel revealed that perhaps she is in touch with IS operatives and was planning to travel to Syria through Australia. The girl was also planning to convert to Islam.

It is suspected that the girl was in touch with the IS operatives on the internet during her three year stay in Australia. The girl moved to Australia for higher studies after graduating from Delhi University

The Indian Government officials claimed that it was the first such case where a Hindu girl was found interested in joining IS. They clarified that she was not able to contact anyone in the militant outfit and was only at the stage of checking its motivational material on the internet.

The girl was counselled by National Intelligence Agency and Intelligence Bureau of India. The matter was investigated by both NIA and IB and she was finally released without any charge having found nothing against her.

The IB believes that People she met and studied together in Australia may have influenced her thoughts and may have been brainwashed her.

In Australia, a Buddhist man named, Neil Prakash is identified as a key recruiter for Islamic State.

The Story of Neil Prakash

In Australia, a man of Fiji Indian and Cambodian descent, identified as Neil Prakash is a key recruiter for the Islamic State. This 24 year old Buddhist hails from the south eastern suburbs of Melbourne. In an online propaganda video released by him, early this year, he narrates his story. 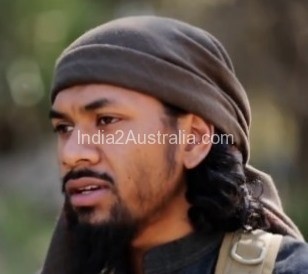 He began questioning his faith after visiting Cambodia with his family, where he saw people worshipping statues at Buddhist temples. Though a Buddhist Neil could not accept worshipping statues and decided to convert to Islam. On his return to Melbourne he converted to Islam at the Al-Furqan Islamic Information Centre in Springvale South (The centre is closed now).

In the video released, Mr Prakash recounts his conversion to Islam and his journey to Syria. He says he was not satisfied practising his newfound religion in Melbourne. He changed his name to Abu Khaled al-Cambodi and travelled to Syria within months of converting to Islam.

But Neil Prakash had no connection with IS until he reached Syria. Upon reaching Syria and IS operative contacted him and asked him, “Brother would you like to come to Dawlah?”

The operative told him “There are a lot of brothers from Australia that want to meet you.” Neil Prakash joined ISIS and started recruiting people from Australia for ISIS. He became the main recruiter from Australia after its highest-ranked Australian in ISIS, Mohammed Ali Baryalei, was killed in October 2014. Using the social media app Askbook, he has glorified life in the so-called “caliphate” in the hope of convincing new followers to join the fight. Unfortunately he managed to recruit many, especially women and teenagers from Australia to serve the cause of ISIS.

Islamic State Brainwashes Indian Hindu Girl in Australia to join them added by admin on September 22, 2015
View all posts by admin →