By admin on June 21, 2016Comments Off on Jassi Sidhu Live in Melbourne 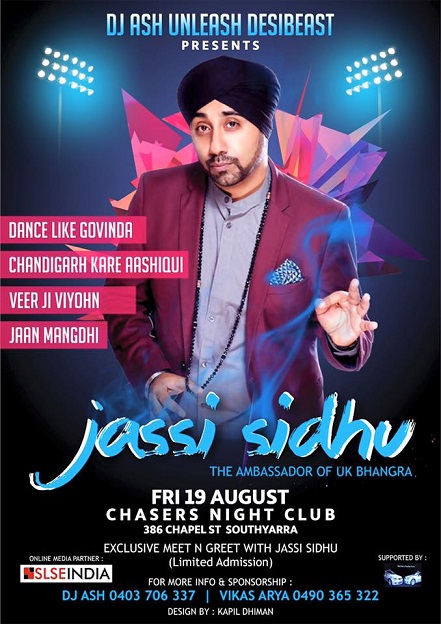 For more info and sponsorship

Jassi Sidhu is Bhangra singer from UK. He was lead singer of British Indian Bhangra Band B21. Five solo Albums to his credit, his first solo Reality Check was released in 2003. The second one, no strings attached followed in 2005. The New Adventures of Jassi Sidhu in 2008, Singing Between the Lines in 2011 & Coleshill Road in 2014 were his other solo albums.

Jassi Sidhu Live in Melbourne added by admin on June 21, 2016
View all posts by admin →