Jatinder Panesar Charged over the Fatal Crash in Shepparton

By admin on June 21, 2017Comments Off on Jatinder Panesar Charged over the Fatal Crash in Shepparton 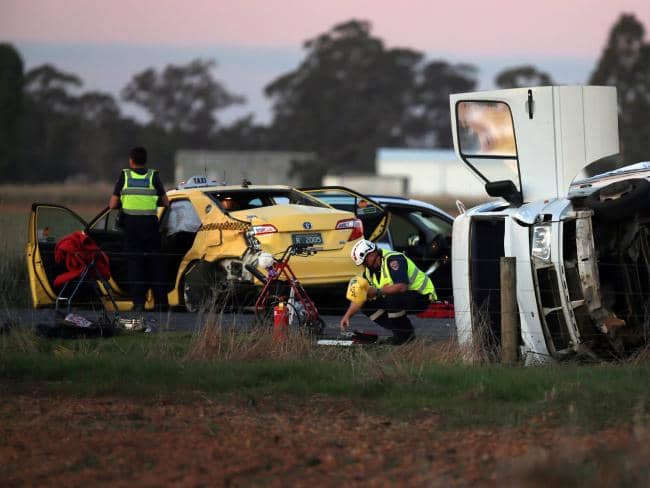 37 – year old Jatinder Panesar was charged with driving in a dangerous manner causing death at the Shepparton Magistrates’ court on Wednesday, 21st June 2017. Jatinder was arrested in relation to the fatal crash at Ardmona which claimed the life of an elderly woman. Under his bail condition he must not leave Victoria and should report to Police regularly.

Panesar, migrated to Australia in 2006 from India. He also surrendered his passport to the Police.

He cannot drive or leave Victoria and will face court again on October 24.

The coalition between a mini bus and a taxi occurred at the intersection of Pyke Road and Turnball Road in Ardmona in Shepparton on Tuesday afternoon. The Taxi was carrying two passengers and the mini bus had 12 passengers. It is believed that the Taxi had T Boned the minibus but the investigators are still working on to determine the exact cause of the accident.

The elderly passengers of the mini bus had been returning from an outing to a local bakery.

Jatinder Panesar Charged over the Fatal Crash in Shepparton added by admin on June 21, 2017
View all posts by admin →

Hindi Movie Sarbjit Screening details for Australi...
Air India to Fly direct to Delhi from Melbourne an...
Holi Celebrations in Perth 2019
Yoga
Organic Chicken in my kitchen
Guru Poornima Celebrations in Adelaide
Indian Festivals in August 2017 and the Best place...