By admin on November 8, 2015Comments Off on List of Hindu Temples in Brisbane, Queensland

As per the 2011 Australian Census, Queensland has a population 28600 Hindus. It is around 0.7% of Queensland’s population. This shows that the population has doubled in the past ten years. There are a few Hindu temples in Queensland and compared to the temples in Sydney and Melbourne they are smaller in size and activities.

The list of Hindu temples in Queensland is below 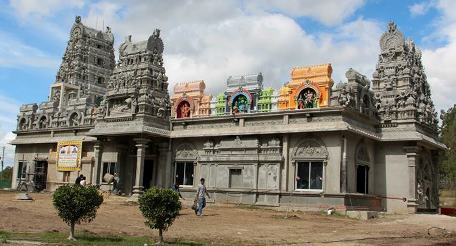 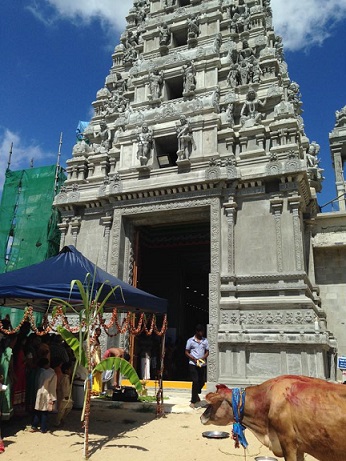 Thai Pongal Celebrations in the Temple 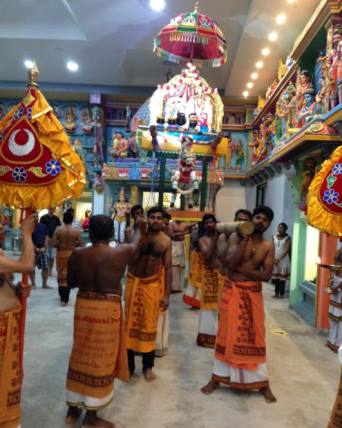 Chathurthi Festival at the temple

On 25th April 1986 Hindu Ahlyan Sangham came into existence for the purpose of building a temple for the growing Indian population in Brisbane. From 1987 to 1990 the committee put all their efforts to raise sufficient funds to purchase land for the construction of the temple. In 1990, the committee purchased 4.5 Acres of land in South Maclean, 35 km south of Brisbane City. An application to construct a temple was submitted to the Beaudesert Shire Council and was subsequently approved in 1992.

The foundation for the temple was laid on 10th June 1993. Deities and shine doors were procured from South India. The temple also hired Indian sculptors. The consecration ceremony was held on 5th February 1995. The temple is built according to traditional Indian style of temple construction.

The temple also serves as a centre for cultural and educational activities. Temple also has a library of religious books. 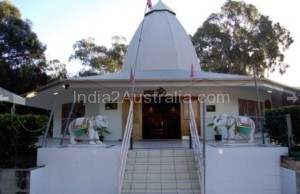 Though the Hindu population in Brisbane was negligible in the 70’s, a few visionaries joined to form a society for the promotion of Hindu culture in 1979. In 1984, the society changed its name to Hindu Religion and Mandir Association and formally adopted a constitution. In 1990 the current temple site was purchased with a deposit of around $32000. The society became and incorporated body and the name was changed to Hindu Mandir Association of Queensland incorporated.

The temple building was constructed in 1998. The deities were consecrated in 2004.

List of Hindu Temples in Brisbane, Queensland added by admin on November 8, 2015
View all posts by admin →