By admin on February 28, 2015Comments Off on List of Indian Movie actors and actresses living in Australia

Vimala Raman is an Indian film actress, model and a trained Bharatanatyam dancer. She made her acting debut in the 2006 Tamil film ‘Poi’ and went on to appear primarily in South Indian cinema. Her first Malayalam film was ‘Time’ with Suresh Gopi. She paired with Ajmal Ameer in Pranayakalam in 2007. In the same year, she also appeared with Mammooty in Nasrani and with Dileep in Romeoo. She appeared in ‘College Kumaran’ with Mohanlal and in ‘Calcutta News’ with Dileep in 2008. She is born and brought up in Sydney.

Harry Ahluwalia made his silver screen debut as a lead actor in Punjabi film Veeran Naal Sardari. He started his career as a model. He is living in Australia and working for an Australian production, Soul Creative Australian.

Punjabi film actress, Japji Khaira was born in Punjab and brought up in Australia. She won the title ‘Miss World Punjaban 2006’ held on 16 December at Ludhiana. Japji Khaira made her debut in the movie ‘Mitti Wajaan Maardi ‘opposite Harbhajan Maan. She did a cameo role in Punjabi movie ‘Dharti’ (2011 film). And last, She was seen in ‘Singh vs Kaur’ alongside Gippy Grewal, Surveen Chawla.

Emma Brown Garrett is an Australian born actress who is working in Indian Bollywood and Bengali movies.She made her Asian film debut in the Bengali movie ‘Shukno Lanka’. Her Bollywood movies are Yamala Pagla Deewana and Dum Maro Dum. She speaks Hindi, Urdu and Russian. She speaks Hindi in Yamala Pagla Deewana as well as Russian and broken English in Dum Maro Dum. 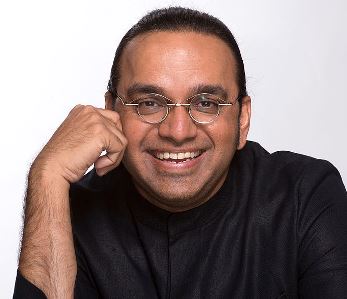 Though he is not an actor in Indian Movies, we decided to add him in the list based on the significance of his upcoming movie UnIndian. Anupam Sharma is an Australian of Indian origin. He is a film director, actor, producer, and author. He is the director of the Australian feature film UnIndian, starring Australian cricketer Brett Lee. He is best known for producing Bollywood films, filmed in Australia, which includes films such as Dil Chahta Hai, Heyy Babyy, and MTV Roadies Australia.

Rahul began his acting career in the 1990 film Aashiqui, a Mahesh Bhatt production as the lead actor with newcomer Anu Agarwal. It was a hit and made him a popular actor. His best film performance was considered to be Junoon, in which he turned into a tiger at night. He was nominated for the Best Actor at the 1992 Filmfare Awards. Roy is a resident of Sydney for many years now

Kimi Katkar made her acting debut in the 1985 film, Patthar Dil as supporting actress. Later that year, she starred in Tarzan (the English title of the movie being, Adventures of Tarzan), where she played the lead opposite Hemant Birje. After the film, she continued to work throughout the late 1980s, followed by films like Vardi, Mard Ki Zubaan, Mera Lahoo, Dariya Dil, Gair Kanooni, Jaisi Karni Vaisi Bharni, Sherdil and Zulm Ki Hukumat. Katkar quit the Hindi film industry after her marriage to photographer and ad-filmmaker Shantanu Shorey. She settled in Melbourne, Australia.

Gopika is an Indian film actress, who has predominantly starred in Malayalam films. Starting her career as a model, she ventured into acting with the film Pranayamanithooval (2003). She went on to appear in over 35 films, working in Tamil, Telugu and Kannada film industries as well. Gopika now lives in Australia with her doctor husband Ajilesh Chacko.

Vega Tamotia is an Indian film actress and model, who has appeared in Tamil, Hindi and Telugu films. She is probably best known for her performances as Saroja in the same-titled film,and Sobikannu in Pasanga. Vega, with the motive of acting in films, earlier had been acting for Broadway Drama Troupe and gained experience in theatre arts. Vega Tamotia was born on 7 May 1985 in Chhattisgarh, but brought up in Sydney, Australia. She completed her education in Economics from the University of New South Wales and then attended Indian Institute of Management Bangalore as part of an exchange program.

She made her acting debut in Bollywood with Mumbai Matinee and went on to do Viruddh. Anusha starred in the musical Miss Bollywood, in which she portrayed an ambitious dancer. Her role in the film Viruddh saw her acting alongside noted Bollywood actors Amitabh Bachchan and John Abraham. Anusha was born in Khartoum, Sudan but grew up in Kingsgrove, Sydney.

Kristina Akheeva is an Australian Actress and model. She made her “Bollywood” debut with 2013 film “Yamla Pagla Deewana 2”. Followed by Telegu film Galipatam which released in 2014. Kristina was born in Khabarovsk, Russia, to a Tajikistani-Russian father and Russian Mother. At age 7, Kristina moved to Australia where she spent the rest of her school life.

Tania Zaetta is an Australian actress and television presenter who acts in Bollywood. Zaetta was born to an Italian father and an Australian mother, and is the granddaughter of acclaimed botanist James Howard Browne OAM. She spent the earlier years of her life living in Merbein, Victoria. Her first step into the Bollywood limelight was in Bunty aur Babli in 2005, before winning a support role in Salaam Namaste which was shot in Melbourne, Australia later that same year. Dil Apna Punjabi gave Zaetta the chance to work with Harbhajan Mann in 2006.

Sharda was born on 5 March 1988 in Perth, Australia to Dr. Hema Sharda (Director of South Asian Relations at the University of Western Australia), and Dr. Nalin Kant Sharda (Professor of Computer Science at Victoria University). Her parents are from Delhi, her father is Punjabi.[8] Both her parents are IIT alumni and have PhDs in science and engineering. They migrated to Australia in the 1980s before she was born. Sharda came to Melbourne as a toddler where she grew up in the outer north-western suburbs. She acted in Bollywood Movies – My Name Is Khan , Dus Tola, Walkaway ,Love Breakups Zindagi, Heroine, Save Your Legs, Besharam and Hawaizaada

List of Indian Movie actors and actresses living in Australia added by admin on February 28, 2015
View all posts by admin →