By admin on September 13, 2015Comments Off on Love affairs of Bollywood superstars

Bollywood celebrities usually gain their fame and stardom with their flair in making their on-screen love affairs look real. But it is their off screen love affairs that make them talk of the town. It is a job risk their families have to go through. Time and again, the story repeats and their lives are often etched in our minds for their romantic flings than their films. Let us begin with Bollywood’s legendary actor Dileep Kumar.

Dileep Kumar had a string of love affairs. Kamini Kaushal was deeply in Love with Dileep Kumar. Dilip Kumar in his biography had admitted his attraction to her while they acted in films together and even proposed to her once, but Kamini rejected him as she was already married to her elder sister’s widower and was taking care of her elder sister’s children. Dilip always maintained that she was his first love. 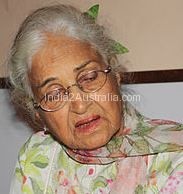 After his breakup with Kamini, he has fallen for Madhubala. His romance with Madhubala started when they co-starred in the movie Tarana in 1951. Madhubala’s father was dead against their relationship and Madhubala did not want to go against her father’s wishes. 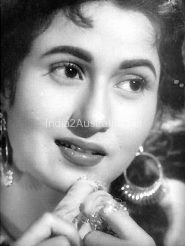 After Kamini Kaushal and Madhubala, Vyjayantimala became his love interest. Though both denied the relationship, the rest of the world had no doubt about it. Later Vyjayantimala married Rajkapoor’s doctor, which was considered as an arrangement between Rajkapoor and Vyjayanti mala to continue with their fling. 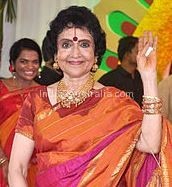 Then came, Vaheeda Rahman. She delivered hits opposite Dilip Kumar in three successive years in films Dil diyaa Dard liyaa (1966), Ram Aur Shyam (1967) and Aadmi (1968). Dileep was deeply in love with Vaheeda until his marriage with Saira Bhanu.

Dileep Kumar married Saira Banu in 1966 when she was only 22 and he was 44.Her biggest dream was to marry Dileep Kumar.

In 1982 Dileep Kumar married again to a woman from Hyderabad named Assama. Dileep went back to Saira Banu after a couple of years saying that his second marriage was a mistake.

Jatin Khanna later known as Rajesh Khanna is considered as the first super star of Bollywood. Khanna had many female fans who wrote him love letters in blood and covered his car with lipstick marks. The first one to catch his attention was actress Anju Mahendru. They were in a live in relationship for many years.

But Kaka surprised everyone by suddenly marrying Dimple Kapadia in 1973 when she was only 16 years old. Their relationship lasted until the 80’s. Though never divorced, they started living separate.

Then came- Tina Munim. Tina Munim was half his age but that did not deter them in publicising their romance. They went to the extent of saying that they shared the same toothbrush. After Tina Munim left accusing him of being selfish and self-indulgent, the gossip columns of Film magazines started linking him with Mumtaz, his leading lady in many of his successful films.

Rajesh Khanna`s last supposed romance was with Devyani Chaubal, a gossip columist. The Khanna-Chaubal romance ended with her untimely death.

The legendary Bollywood actor, The Great Amitabh Bachchan with a film career spanning more than four decades was never a stranger to controversies. This angry young man of Indian Cinemas was one of the best looking and no one can blame those women, who have fallen in love with him.

His marriage with Jaya bhaduri was a sensible decision based on assumptions and was not a love at first sight story. He liked her seeing her photo on a Film Magazine cover. The pair married on 3rd June 1977.

Among his love affairs, the one that drew the most attention was the one with Rekha. They fell in love when they worked together in the movie Do Anjaane. They went separate ways after Bachan’s accident at the sets of Coolie. It was said that Amitabh considered Rekha unlucky for him.

His other love interests were Zeenat Aman , jaya Prada and Parveen Babi. In an interview Parveen Babi accused him of trying to kill her.” He is after my life. His goons kidnapped me and I was kept on an Island where they performed a surgery on me and planted one transmitter right under my ear.” Babi even showed a scar behind her ear.

Shahrukh Khan’s inter cast marriage to Gauri was something of a fairy tale. Since then Shahrukh is rumoured to be linked to only two ladies of Bollywood stardom. First it was Kajol, but that did not make any waves as most dismissed it. Then Came Priyanka Chopra but both the media and Shahrukh’s diehard fans were certain that there is some truth in it. Priyanka was spotted hanging around with Shahrukh Khan at film sets, award functions and his public appearances.

Priyanka had a long list of boyfriends – Aseem Merchant, Akshay Kumar, Harman Baweja and Shahid Kapoor. But Gauri did not take Priyanka’s advances towards her husband lightly and the affair did not last as long as everyone expected it to be.

Aamir Khan’s first love was Reena Dutta, whom he married in 1986, when he turned 21, against the wishes of his family. Amir has two children in this relationship. During the making of his movie Lagaan, he became close with Kiran Rao, who was an assistant director of the film. This resulted in his divorce from Reena Dutta.

In 2005, Aamir Khan married Kiran Rao. The couple announced the birth of their son, Azad Rao Khan in 2011- the birth was through a surrogate mother.

The love bird, Salman Khan had  relationships with all his co-actresses. In the 80’s he was linked with Sangeetha Bijlani, the newly crowned Miss India. They went separate ways in 90’s and Sangeetha married Azharuddin. She was spotted with Salman again recently after her separation from Azharuddin.

Then he got hooked with Somy Ali, a Bollywood actress, who now runs the clothing line So-Me Designs. This lasted for four years from 1993 to 1997 until the arrival of Aishwarya Rai. Somi Ali gave a parting shot accusing Salman Khan as an abusive drunkard.

Aishwarya and Salman’s love affair was the most talked about in Bollywood. It blossomed in the sets of Hum Dil De Chuke Sanam. It did not last long either and she publicly criticised him for his over possessiveness and abusive nature, filing an FIR against him.

Katrina Kaif was his next love interest. They starred together in Maine Pyar Kyu Kiya for the first time, and she nurtured her feeling for him since then. She also blamed Salman for his over possessiveness and now romantically linked with Ranbir Kapoor. Salman Khan fans treated his affair with Katrina as a time pass affair as Katrina was infamous in  Bollywood  for loose morals.

Then for a short time, he was linked with Sneha Ullal another less   popular actress. Salman Khan also had an affair with Zarine Khan, Claudia Ceisla, Mahek Chahal, Sana Khan , Lulia Vantur and Gauahar Khan,

Love affairs of Bollywood superstars added by admin on September 13, 2015
View all posts by admin →

Yesteryear Bollywood actresses – Then and No…