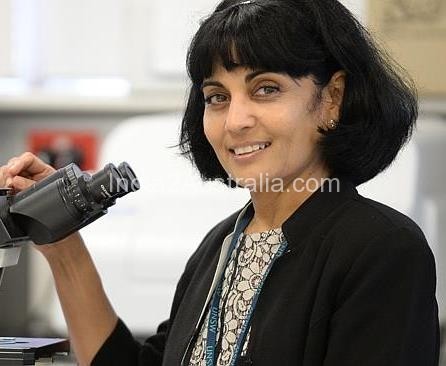 Indian researcher Minoti Apate has been named as New South Wales (NSW) Woman of the year 2015. She received this honour for her contributions to the field of Medical research, Indian community and the tertiary education. At present, Apate is the director of the Pancreatic Research Group based Based at Ingham Institute for Applied Medical Research, Australia. She is also an acknowledged world-leader in alcohol-induced pancreatic injury and pancreatic cancer.

Apate was the first researcher in the world to develop a method to isolate pancreatic stellate cells, a technique which provided a research tool for studying the path that pancreatic fibrosis (scarring of the pancreas) takes.

She is leading pre-clinical studies that are primed to suggest new treatments for pancreatic cancer.

Apate was awarded the Order of Australia Medal (OAM) in 2014 for her services to medical research, Indian community and the tertiary education.

Apart from scientific research work, she is also an active member of the Marathi Association of Sydney, an organisation that serves Sydney’s Indian population. She investigates pancreatic cancer at a cellular level to find out how and why the cancer is so aggressive and spreads so quickly.

Pancreatic cancer is one of the most deadly cancers with a five-year survival rate of just 6 per cent.