By admin on October 26, 2015Comments Off on From Pakistan with Love

Pakistan is a failed state for Indians, mostly remembered for its terrorists and atrocities against Hindus living there. With the return of the deaf and mute Indian girl, Geetha, from Pakistan after 15 long years, Indians are realising that, there is much more to Pakistan than what Indian media and politicians portrays.

15 years back Geetha, then an eight year old girl, was found sitting alone at the Lahore Railway Station by Pakistani Rangers. She arrived there by the cross border train Samjhauta Express. Geetha mysteriously boarded the train after attending a fair on the Indian side of Punjab, where her father was working as a mason. In Pakistan Geetha was adopted by Bilquees Edhi, the wife of Abdul Sattar Edhi, and lived with them in Karachi in one of their shelter homes. Geetha is one of the tens of thousands of children whom Abdul Sattar Edhi has helped. 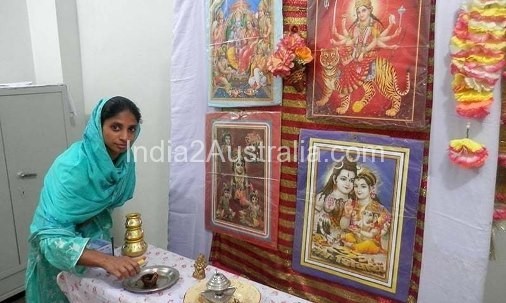 Geeta in the temple that Bilquis Edhi Built for her – Courtesy: Dawn Newspaper

Until recently, only a few in India ever heard of this great man called Abdul Sattar Edhi. Edhi’s work among the poor and downtrodden in Pakistan is often compared to that of Mother Teresa’s. One formidable difference is, Edhi never had any hidden agenda like Mother Teresa. Edhi never tried to convert anyone to Islam.

After reaching Pakistan, Geeta was first kept at home for abandoned and orphaned children in Lahore and was given the Muslim name Fatima. Later she was moved to Karachi. When Bilquees Edhi realized that she was a Hindu, Edhi changed her name to Geeta. Abdul Sattar Edhi used to take her to pray at Hindu temples. A small temple with several deities was also built for her to pray at the shelter. 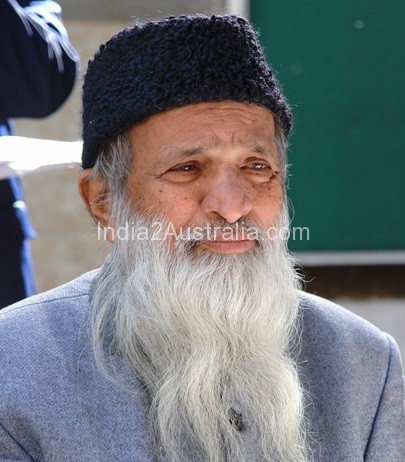 Edhi was born in British India, at Bantva, in Gujarat in 1928. When Edhi reached the age of 11, his mother was paralysed and later suffered from mental illness. As a child, Edhi cared for his mother. His childhood experiences caused him to develop a system of services for old, mentally ill and challenged people. In 1947 during the India – Pakistan partition, Edhi migrated to Pakistan in a state of virtual penury. After seeing the sufferings of people during the partition and his own personal experiences resolved him to dedicate his life for the downtrodden.

As a new migrant in Pakistan, Edhi started his working life as pedlar and later became a commission agent selling clothes in the whole sale market in Karachi.

With the money he saved from work, he established a free dispensary in Karachi. Later on he started getting donations from wealthy people to continue with the good work. Edhi started the Edhi foundation with an initial sum of 5000 rupees. Since its inception, the Edhi Foundation has rescued over 20,000 abandoned infants, rehabilitated over 50,000 orphans and has trained over 40,000 nurses.

In 1965, Abdul Sattar Edhi married a nurse named Bilquis, who worked at the Edhi Dispensary. The couple have four children, two daughters and two sons,

Edhi, a bearded saintly figure, is known for his frugality and owns just two pairs of kameez shalwar. He lives a simple life in a two bedroom apartment over his clinic in Karach and has never taken a salary from his organisation.

Definitely Abdul Sattar Edhi is the greatest living humanitarian in the world and let us hope that Pakistan as a nation will be loved and respected around the world for great souls like him.

From Pakistan with Love added by admin on October 26, 2015
View all posts by admin →

Lords
Punjabi Virsa 2017 Live in Concert in Sydney and C...
Sand Sculptures at Frankston, Melbourne
St James’ Old Cathedral in Melbourne
Funfields
Latest Christmas decorations for 2015
Why I don’t touch the feet of my Guru?