By admin on March 14, 2014Comments Off on Palmist Ajay Chopra pleads guilty to abusing women in Train 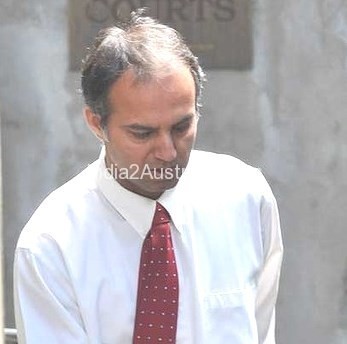 41 year old Bendigo man, Ajay Chopra, who hails from India, pleaded guilty to indecently assaulting young women on VLine trains while travelling from Bendigo to Melbourne . The offenses were carried out between the periods of February 1st to 17th  of August 2011.

His modus operandi was to single out woman travelling alone in the train and pose himself as a palmist to abuse them. He first offers his free service to unsuspecting women to predict their future and while at it, start molesting and abusing them.

Chopra approached five women, aged between 20 and 30, between February 1 and August 17, 2011 and either indecently assaulted them or tried to.

Ajay Chopra will undergo psychological assessment before his plea hearing resumes. This is considered as  a standard procedure in most cases like this.

Chopra applied to the court for matters to be suppressed because he was embarrassed about his identity being published. Chopra requested the magistrate to prevent his photo being published.

But judge Gerard Mullaly said there was not a “skerrick” of a reason to suppress proceedings so long as Chopra’s victims were not identified.

The Indian Community in Australia generally keeps the view  that individuals like this should be named and shamed to keep the good name of the community intact.

Chopra had his bail extended and was told to surrender his passport, not to leave Australia and to report to police twice a week. Needless to say Chopra is also banned from catching the train between Bendigo and Melbourne.

Palmist Ajay Chopra pleads guilty to abusing women in Train added by admin on March 14, 2014
View all posts by admin →