By admin on May 2, 2018Comments Off on Police search for missing man Amrick Roy 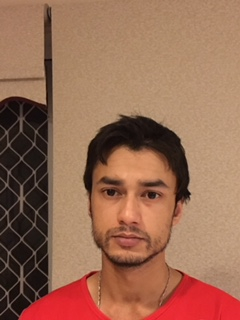 The 23-year-old, also known as Ricky, was last seen at a hospital in Upper Ferntree Gully on 30 April.

It is believed he left the premises about 7.30am but hasn’t been seen or heard from since.

Police and family members hold concerns for Amrick’s welfare as his disappearance is out of character, and have released an image of him in the hope someone has information on his whereabouts.

Amrick is described as 175cm tall with a thin build, brown eyes and black hair.

Anyone who sights Amrick or has information on his current whereabouts is urged to contact Rowville Police Station on 9764 0996.

Police search for missing man Amrick Roy added by admin on May 2, 2018
View all posts by admin →