By admin on May 24, 2017Comments Off on Rang Rangeela Gujjubhai in Sydney 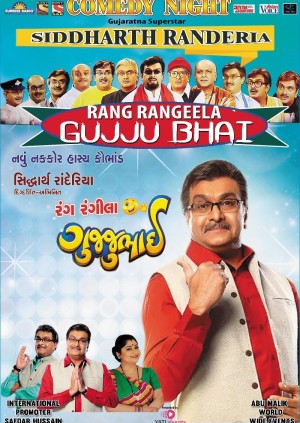 Synopsis:  This is a Gujarati play that focuses on laughter and entertainment by the King of Comedy Siddharth Randeria.

Randeria is well known for his Gujarati comedy plays and is involved in theatre since the 1970’s. His Gujjubhai series started with Gujjubhai E Gaam Gajaavyu in 2002. Lage Raho Gujjubhai (2007) completed 750 shows in three years across the world.

The story line goes – Siddharth Randeria’s character Priyakant Upadhyay is a family man. Like any other Gujarati, he has a life size ambition and as he achieves more, his ambition soars to higher levels.

A YouTube Video on Rang Rangeela Gujju Bhai in Rajkot

Rang Rangeela Gujjubhai in Sydney added by admin on May 24, 2017
View all posts by admin →