Refugee boat heading for Australia from Kerala in India

By admin on January 13, 2019Comments Off on Refugee boat heading for Australia from Kerala in India 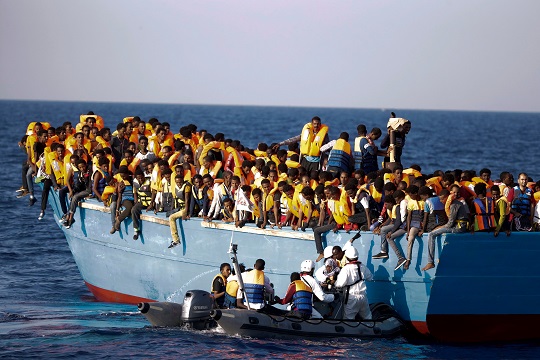 (Image is only representative)

Malayalam language Newspaper “Malayala Manorama” reported, a boat with 40 people, including women and children, believed to be Sri Lankan Tamils are heading for Australia from Cochin. Munambam harbour in Cochin, Kerala has emerged as a transit point for Sri Lankan refugees to Australia. The human traffickers use fishing vessels for transporting people to Australia which takes 27 days by sea.

Kerala Police found luggages left behind by the refugees at the harbour and a subsequent investigation pointed to a refugee boat leaving the harbour for Australia.

The trafficking agents prefer Kerala as it is risky for them to board a vessel from Tamil Nadu owing to strong patrolling along the coast there. The people smugglers purchase older fishing vessels at cheaper prices from any of the harbours here, repair and overhaul it before setting out under the cover of darkness and take refugees from different points. People smugglers charge around 4Lakh Indian rupees per person for taking the refuges to Australia.

Refugee boat heading for Australia from Kerala in India added by admin on January 13, 2019
View all posts by admin →