By admin on September 4, 2016Comments Off on Robbers ransack Pritpal Singh’s home in Tarneit 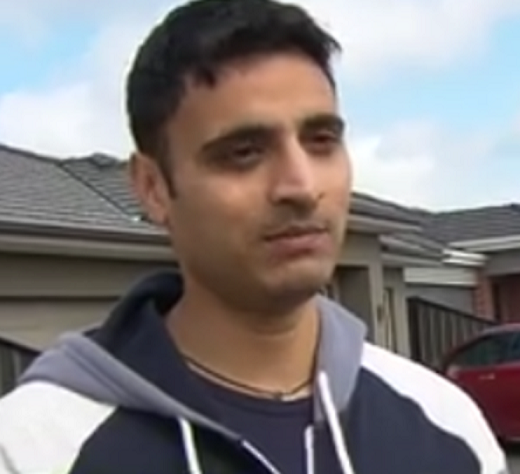 A gang of four armed men broke into the house of an Australian Indian family in Tarneit in Melbourne’s west and took away their valuables and a car.

Pritpal Singh told 7 News that robbers armed with knives and meat cleavers entered his home while he was sleeping in his bedroom with his wife and 17-month-old son on Sunday morning.

A gang of four men burst into the house of Pritpal Singh and threatened him with a meat cleaver. Pritpal Singh was forced to barricade his family inside his bedroom as the intruders started to kick their way in. Pritpal Singh was asleep in his room, with his wife and 17-month old son when he woke to the sound of breaking glass around 6am on Sunday morning 4th September 2016. He came out to find four men ransacking his kitchen. One had armed himself with a meat cleaver. The robbers demanded money and car keys. Pritpal Singh’s friend Jasbeer was sleeping in the guest room when the incident happened. Pritpal ran back into his bedroom and shut the door behind him. He and his wife were pressing up against the door when the intruder came in and kicked a hole through the door to gain access to the room. After stealing valuables and jewellery the robbers made a getaway in Pritpal’s friend Jasbeer’s car. They also took the key of Pritpal’s Toyota Corolla with them.