By admin on November 29, 2016Comments Off on Salman Khan and Team’s Da Bang 2017 in Melbourne and Sydney 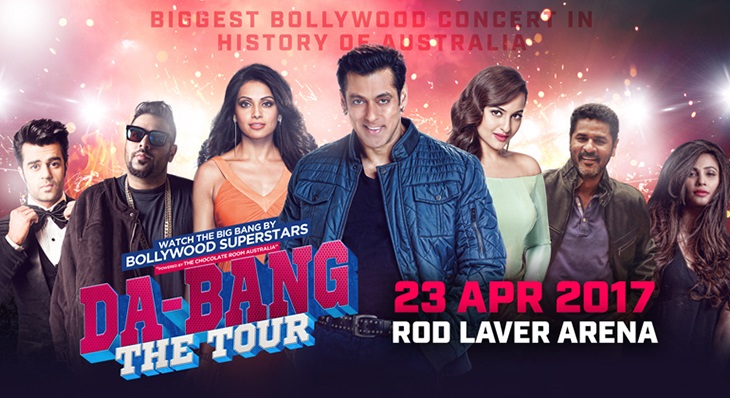 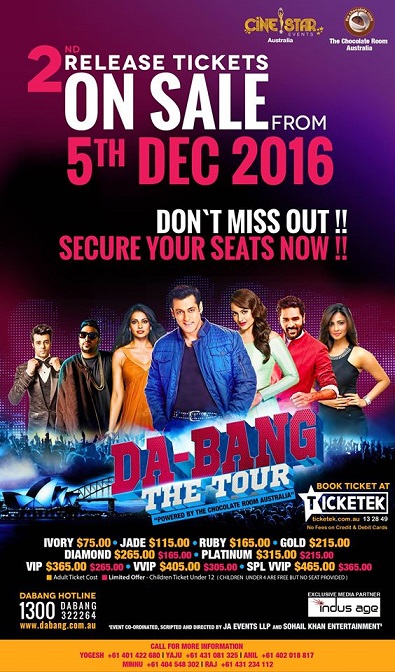 Salman Khan, Sonakshi Sinha, Prabhu Deva, Bipasha Basu, Badshah , Manish Paul and Daisy Shah coming to Melbourne with the Biggest Bollywood entertainment in 2017. This is going to be the biggest Bollywood Concert in the history of Australia. 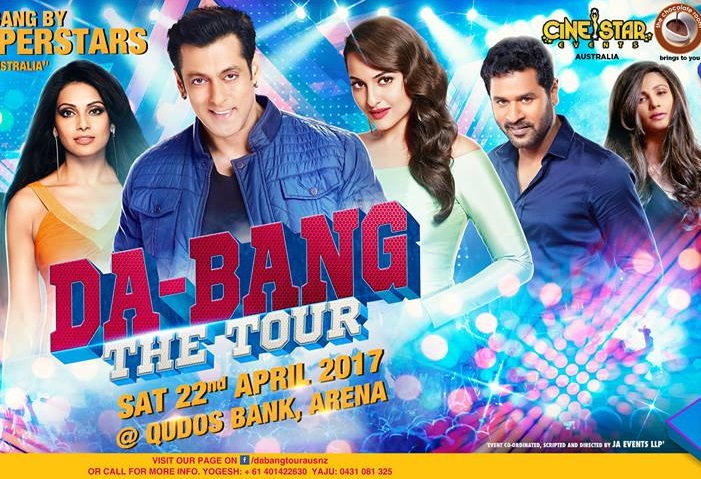 The biggest Bollywood stars promise to entertain you like never before! Get ready to shake a leg and catch the tour with Bollywood Superstars. Get ready for the Peoples’ Bajrangi, Bhaijaan and the Gentlemens Sultan, Salman Khan!

Salman Khan, superstar of Bollywood is also a producer, television personality and a performer. Salman’s unique dancing style is a hit with the fans.

Sonakshi Sinha. Daughter of Shatrughnan Sinha and Poonam Sinha started her career as costume designer. Her debute film ‘Dabang’ was with Salman Khan.

Prabhu Deva choreographer, director and actor worked in both South Indian and Bollywood films with a career spanning 25 years.

Bipasha Basu, the Indian Model and actress will dazzle the stage with her dance moves! Indian model and is particularly known for her work in the thriller and horror film genres.

Daisy Shah is a model and actor.

Salman Khan and Team’s Da Bang 2017 in Melbourne and Sydney added by admin on November 29, 2016
View all posts by admin →