By admin on January 7, 2016Comments Off on I am a Sardarji and I want freedom 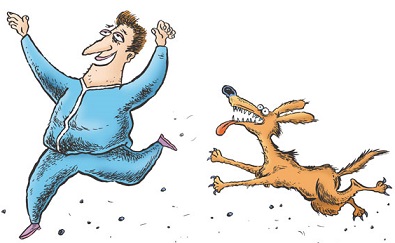 I was walking, I mean to say I walked and walked only to realise that the road never ends. It was so long that I won’t be able to cover it with my little feet. I was too young for the cycle. I waited until I grew enough to ride a bicycle. There were tricycles available, but I never had enough money to buy one. Stealing was not an option. People I knew carried empty purses. Or they hid their money somewhere, away from my eyes. It was obvious that I will grow: grow enough to ride my dad’s bicycle. Eventually I learned to ride the bicycle. Soon I realised, the road is still too long for the bicycle to cover. Pedalling long distances is not an easy task. It was hard and the warm days made me sweat. The smell of sweat did not seem so sweet to me.

A car is a necessity for covering long distances. I failed to mention that, I grew enough to go to the bank for a loan. The bank manager was more than eager to lend me money. “Owning a car is a great idea “, he ensured me and I believed. He made me sign a contract. Huge monthly repayments and ever increasing interest rates were mentioned in small letters and I failed to notice them. Offcourse car was a great idea, but not the petrol. Car and petrol made a big hole in my purse. I started looking at the sky through that big hole in my purse. I saw birds flying and along with that something bigger. Friends told me it is an aeroplane. Roads stopped interesting me. After all what is there to interest me: Black Tar and stones. Roads are boring. Sky is the limit. Owning a plane was an impossible task. List of those who own planes were all familiar faces. Film stars, Business Magnates and politicians. I opened my Facebook page to check my profession. It did not match to any of those. That means I should never think about buying a plane.

The next best option was to buy a ticket. I hoped Global Financial crisis will help me get a cheaper price. When less people travel and more seats are empty, Airlines will have to offer a cheaper fare. But I did not reach that far when I went to the travel Office. In plain English they asked me my destination. I never had any doubt about the destination. “Australia “, the word dropped out of mouth without any hesitation. But that was not enough for them. Australia is a continent (and a country too) and they needed a specific destination.” Sydney”, again the answer was quick. That was the only place I knew in Australia. Geography was always a difficult subject for me to learn in school. I hated dividing the world into countries, states, districts etc. . . They all were difficult to remember and increased my study load. What if there is only one place called “world “. Then there should be roads. No one should be allowed to own land. People can settle anywhere and make temporary dwellings. Once they get fed up of their surroundings, it will be a matter of dismantling the dwelling and moving to another place. But of course we need roads. Roads are a statement of freedom. The travel agent also mentioned something like “Visa “. I still don’t have any clue about that. I don’t want all that jargon to complicate my life.

I raised my tent near the road. I was hungry, and hopelessly believed that, there will be fruits in the trees for me to eat. As far as I know, that is what God intended. I was quite confident that the digestive mechanism of my body worked properly. I made a big hole in the earth and kept two stones at the sides to make the release process comfortable. I thought dogs will be too happy to eat the shit. No one told me that now a days dogs don’t eat shit. They eat only tinned food from supermarkets. But some of the old habits never die. A large dog as big as me came running towards me from the neighboring property, barking loudly. Unfortunately, I was camping on someone else’s property. I could not believe that no one else in this world shared my view of a free life. For a moment my heart stopped beating. Luckily I settled near the road. I ran. Off course roads are a statement of freedom. Freedom from barking dogs.

I am a Sardarji and I want freedom added by admin on January 7, 2016
View all posts by admin →