By admin on July 20, 2016Comments Off on Shambhavi Mishra crowned the 2016 Queensland Brain Bee champion

Fifteen-year-old Shmbhavi outsmarted 126 other finalists from 48 Queensland Schools to take the title. 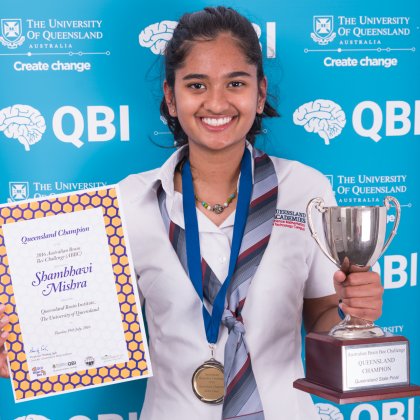 Shambhavi will represent Queensland and compete in the Australian national final in Hobart in December 2016. The challenge was founded in 2006 by QBI’s Deputy Director (Research) Professor Linda Richards.