By admin on December 19, 2015Comments Off on Sikh Gurdwaras in Melbourne, Victoria

Gurdwaras and Sikhs in Melbourne

Gurudwara is a Sikh place of worship and the word Gurdwara means gateway to Guru. The Gurdwara has a Darbar Sahib where the Holy Scripture Guru Granth Sahib is placed on an elevated throne. All Gurdwaras have a langar hall where people can eat free vegetarian food. All Gurdwaras carry a flagpole that bears Nishan Sahib, the Sikh flag.

Sikh migration to Australia began since 1830. Sikhs were recorded as being present on the gold fields of Victoria since 1850’s. By the 19th century, Sikh hawkers were a common sight in the country regions of Australia.

Baba Ram Singh who arrived in Australia in 1890 and later established ‘The People Stores’ is thought to have bought the first Guru Granth Sahib to Australia in the early 1920’s. On those days Indians were not allowed to bring their families to Australia, so many of these early Sikh migrants to Australia returned back to India for their retirement life.

Today Sikhs come to Australia from a range of countries. 2011 Australian Census counts around 72000 followers of Sikh religion in Australia. 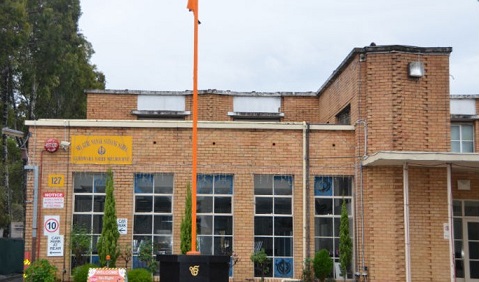 From 1977, Sikh families in Blackburn used to meet in private homes for religious affairs. As the population grew, Sikh Sangat used to take place in Rathdowne Primary School and later in Box Hill Primary School. In 1984, Uniting Church in Fern Tree Gully was purchased for the purpose and the first Gurdwara in Melbourne was set up there. In 1993 a postal ware house was purchased and transformed into a Gurdwara. The current Gurdwara in Blackburn operates from this location.

An elected committee manages the day to day running of the Sabha affairs supported by a very large team of dedicated volunteers and a resident team of religious workers. Regular programs are held at the Gurdwara on Wednesday evenings, Saturday mornings and Sunday mornings. Gurdwara also plays host to Sikh Weddings. 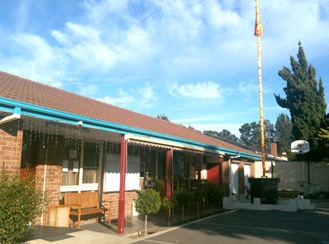 Sikh religious congregation were held on Weekends in Werribee since 1998. Community halls were hired through Wyndham City Council for these congregations. Werribee Sikh Community (WSC) registered with Consumer Affairs Victoria to become an incorporated organization on the 16th September 1999.

Sri Guru Singh Sabha had a humble beginning in the suburb of Preston. In 1992 land was bought in Craigieburn for the construction of a Gurdwara. The Foundation stone of Gurudawara Sahib was laid in 1993 by the Congregation and then first Diwan was held at that Place in a tent. By 1994 Weekly Diwans started to be held in the newly constructed Langar Hall. The rest of the construction began in 1997. Today a beautiful structure stands here as a symbol of the community’s commitment towards a place for congregation. The Gurdwara has Langar hall, Library, Kitchen and residence for Raagis.

A two acre land was bought in 2001 near the Shepparton – Melbourne Bypass for the construction of a Gurdwara. In the same year, Sikh religious services were started from a small two bed room rented unit and parkash of Sri Guru Granth Sahib Ji was done. Regular priest was appointed in 2006. Work for new building for Gurduara Sahib started in 2005 and finished in 2008.

Sikh Gurdwaras in Melbourne, Victoria added by admin on December 19, 2015
View all posts by admin →

Mohanlal
Karkidaka Vavu Bali in Perth
In search of the ancestral temple; The new Astrolo...
The Story of Kohinoor Diamond and the curse behind...
Velaikkaran
Majaa Talkies Live in Australia
Do you think Sachin deserves Bharat Ratna?