By admin on March 27, 2014Comments Off on Singapore Student Meena Narayan Stabbed to death in Brisbane 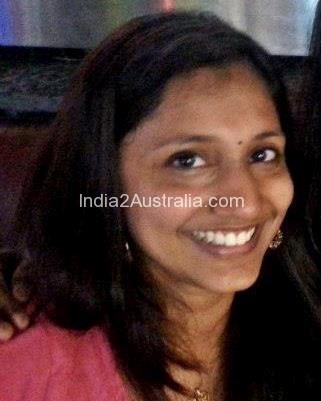 Click the link for latest update and the court verdict

31 year old Indian Engineer Senthil Kumar Arumugam has been charged with the murder of  Singapore student, Meena Narayanan. The family of Brisbane masters student Meena Narayanan are distraught after the 27-year-old was stabbed to death in an Upper Mount Gravatt hotel on 25th March 2014 at Brisbane time 12:30 AM.

The guests at the hotel reported hearing a high pitch scream that lasted around three minutes and the police forced their way into the room to find Senthil. Senthil Kumar Arumugam was found with suspected self-infected wounds and taken to the Princess Alexander Hospital in a serious condition. He faced a bed side hearing where he was formally charged with stabbing murder of Meenatchi Narayanan.

She was married once before and divorced, later moved to Australia to pursue higher studies. She was introduced to Arumugam by her parents as a suitor.

Meenatchi Narayan was living in Brisbane for the past three years while studying at Queensland University of Technology. Ms Narayanan’s brother arrived in Brisbane late on Tuesday night after hearing the sad news.

Arumugam is an Indian national who had flown to Australia from South Africa and reached here only on last Friday. The pair was reportedly due to have an arranged marriage and had met only on Monday Night.

Senthil told the police that he had stabbed his victim out of guilt for having pre-marital sex with her.

Police were expected to conduct the post-mortem on Wednesday. Arumugam was remanded in custody and will return for a mention hearing at the Brisbane Magistrates Court on May 5.

Singapore Student Meena Narayan Stabbed to death in Brisbane added by admin on March 27, 2014
View all posts by admin →