By admin on May 15, 2016Comments Off on Sukhwinder Gill charged for Gold Coast hit and run 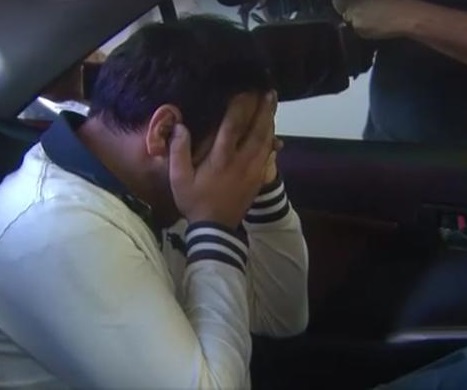 The Gold Coast Police have charged 33-year-old Broadbeach man Sukhwinder Gill for his involvement in the shocking hit and run at Surfers Paradise on the afternoon of 14th May 2016. Sukhvinder Gill has been charged with one count of dangerous operation of a vehicle causing grievous bodily harm.

The incident happened at Laycock Street about 4.45pm as the 29-year-old man was struck by a car as he was standing beside his cab on. Forensic officers last night established a crime scene and partially blocked off the area near the Mantra Legends Hotel.

The incident caught on CCTV camera, 29-year-old taxi driver Jagmeet Sidhu was sent cartwheeling several feet in the air after he was stuck by the car as he was standing beside his cab.

Jagmeet Sidhu was taken to Gold Coast University Hospital with serious leg injuries. Sukhwinder Gill is charged and will appear the Southport Magistrates Court on May 26th.

Sukhwinder  had been talking on the phone to Jagmeet before the hit and run. Sukhwinder Gill made threats to kill Jagmeet Sidhu moments before the incident. Sukhwinder in his black Holden Cruz with Queensland registration 816 VJS  sped towards Jagmeet, who had just got off from another taxi driver’s vehicle. The crash sent Jagmeet onto the middle of the road.

Sukhwinder is a former colleague of Jagmeet, who is now driving an Uber. People close to Jagmeet believe this rivalry sparked the incident.

Sukhwinder Gill charged for Gold Coast hit and run added by admin on May 15, 2016
View all posts by admin →