By admin on January 12, 2014Comments Off on Syro Malabar Catholic Church has new Diocese in Melbourne 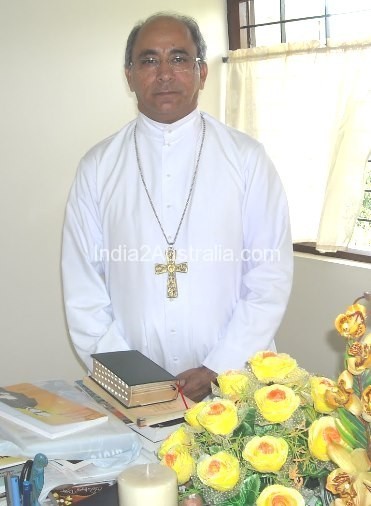 The church is headed by the Major Archbishop of Ernakulam-Angamaly, Cardinal Mar George Alencherry. Saint Alphonsa is the first canonised saint from the Church. The members of the Church are known as Nazaranis or Marthoma Suriyani Nazarani.

Syro Malabar Catholic Church has new Diocese in Melbourne added by admin on January 12, 2014
View all posts by admin →

Indian Origin Candidates of the Australian federal...
Atul Purohit’s Navratri Garba Programs in Au...
How Rudraksha can change your life – Everything yo...
Meet Kaushalya Vaghela -The first Indian born MP i...
New Year Celebrations 2018 in Sydney
Mr. B. Vanlalvawna assumed charge as Consul Genera...
List of all Ongoing Telephone Scams in Australia