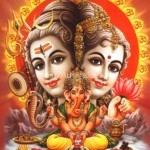 Makara Sankranthi marks the transition of the Sun into Makara rashi (Capricorn) on its celestial path. Traditionally, this has been one of many harvest days in India.

Pongal is traditionally dedicated to the Sun God Surya, and marks the beginning of the northward journey of the Sun from its southernmost-limit, a movement traditionally referred to as uttarayana. It coincides with the festival Makara Sankranthi celebrated throughout India as the winter harvest,and is usually held from January 13–15 in the Gregorian calendar i.e. from the last day of the Tamil month Maargazhi to the third day of Thai. This also represents the Indic solstice when the sun purportedly enters the 10th house of the Indian zodiac i.e. Makaram or Capricorn.

Vasant Panchami  sometimes referred to as Saraswati Puja or Shree Panchami is a Hindu festival worshipping Saraswati, the goddess of knowledge, music and art. It is celebrated every year on the fifth day (Panchami) of the Indian month Magh (January-February), the first day of spring

Mahasiva rathri is celebrated every year on the 13th night/14th day of the Maagha or Phalguna month of the Hindu calendar. Since many different calendars are followed by various ethno-linguistic groups of India, the month and the Tithi name are not uniform all over India. Celebrated in the dark fortnight or Krishna Paksha(waning moon) of the month of Maagha according to the Shalivahana or Gujarati Vikrama or Phalguna according to the Vikrama era.

Sri Rama Navami  is a Hindu festival, celebrating the birth of Lord Rama to King Dasharatha and Queen Kausalya of Ayodhya.

Akshaya Tritiya, also known as Akha Teej is a Hindu and Jain holy day, that falls on the third Tithi (Lunar day) of Bright Half (Shukla Paksha) of the pan-Indian month of Vaishakha and one of the four most important days for Hindus. It is an auspicious day of the birthday of Lord Parasurama who is the sixth incarnation of Lord Vishnu. On this day Veda Vyas and Lord Ganesha began to write Mahabharata. The meaning of the word Akshaya is infinite that which never recede.

Vaisakhi  also known as Baisakhi, Vaishakhi, or Vasakhi) is a festival celebrated across the northern Indian subcontinent, especially in the Punjab region by the Sikh nation. For the Sikh community this festival commemorates the establishment of the Khalsa. It is also celebrated by Hindus and Buddhists for different reasons.

Vishu is a Hindu festival celebrated in the Indian state of Kerala and in the Mangalore and Udupi districts of Karnataka, usually in the second week of April in the Gregorian calendar. It marks the new year in accordance with the Malayalam calendar, known as the Kolla Varsha. This occasion signifies the sun's transit into the Meda Raasi (first zodiac sign) according to Indian astrological calculations, and represents the vernal equinox. "Vishu" in Sanskrit means "equal".

Chithra Pournami or Chaitra Purnima or Maha Chaitri is the most significant full moon day celebrations observed by people of Tamil Nadu, Maharashtra, Goa and parts of Andhra Pradesh, Karnataka, Orissa and Bihar. Read on to learn the astrological significance and the fairs and festivals observed in prominent and local Hindu temples.

Guru Poornima is common to all spiritual traditions in Hinduism, where it is dedicated to the expression of gratitude towards the teacher by his/her disciple. Hindu ascetics and wandering monks (sanyasis), observe this day by offering puja to the Guru, during the Chaturmas, a four month period during the rainy season, when they choose seclusion, and halt at one selected place; some also give discourses to the local public. Students of the Indian classical music, which also follows the Guru shishya parampara, celebrate this festival, around the world

Nāg Panchamī is a festival during which religious Hindus in some parts of India worship live Nāgas (cobras) or images of them. It is celebrated on the fifth day after Amavasya of the month of Shraavana. Traditionally, married young women visit their premarital households to celebrate the festival. Especially in villages in India, a traditional aspect of the celebration involves joyous swinging by young women on swings temporarily hung on tree branches. According to Puranic scriptures, Brahma’s son Kashyapa had four wives. The “first” wife gave birth to Devas; the second, to Garudas; the third—named Kadroo–, to Nāgas; and the fourth, to Daityas. Nāgas were the rulers of Pātāl-Loka.

Raksha Bandhan, (the bond of protection) or Rakhi is a Vedic festival primarily observed in India and Nepal, which celebrates the relationship between brothers, cousins and sisters. It is also called Rakhi Purnima in most of India. It is also celebrated in some parts of Pakistan. The central ceremony involves the tying of a rakhi (sacred thread) by a sister on her brother's wrist. This symbolizes the sister's love and prayers for her brother's well-being, and the brother's lifelong vow to protect her. The festival falls on the full moon day (Shravan Poornima) of the Shravan month of the Hindu lunisolar calendar. One Islamic Scholar believes that Raksha Bandhan grew in popularity after Rani Karnavati, the widowed queen of Chittor, sent a rakhi to the Mughal emperor Humayun when she required his help.

Krishna Janmashtami (Lord Krishna's Birth day)  also known as Krishnashtami, Saatam Aatham, Gokulashtami, Ashtami Rohini, Srikrishna Jayanti, Sree Jayanti or sometimes merely as Janmashtami, is a Hindu festival celebrating the birth of Krishna, an avatar of the god Vishnu. Krishna Janmashtami is observed on the Ashtami tithi, the eighth day of the dark half or Krishna Paksha of the month of Bhadra in the Hindu calendar, when the Rohini Nakshatra is ascendant. The festival always falls within mid-August to mid-September in the Gregorian calendar. In 2010, for example, the festival was celebrated on 1 September, and in 2011 on 22 August in North India and on 21 August in South Indian states like Kerala.

Onam  is a Hindu festival and the state festival of Kerala celebrated by the people of Kerala, India.The festival commemorates the Vamana avatar of Vishnu and the subsequent homecoming of the legendary Emperor Mahabali. It falls during the month of Chingam (August–September) and lasts for ten days.

Navratri is a festival dedicated to the worship of a Hindu deity Shakti. The word Navaratri literally means nine nights in Sanskrit, nava meaning nine and ratri meaning nights. During these nine nights and ten days, nine forms of Shakti/Devi are worshiped. The 10th day is commonly referred to as Vijayadashami or Dussehra.

Karva Chauth  is an annual one-day festival celebrated by Hindu and some Sikh women in North India, the Indian state of Gujarat and parts of Pakistan in which married women fast from sunrise to moonrise for the safety and longevity of their husbands.The fast is observed in the states of Uttarakhand, Uttar Pradesh, Himachal Pradesh, Jammu and Kashmir, Haryana, Indian Punjab, Rajasthan and Gujarat. The festival falls on the fourth day after the full moon, in the Hindu lunisolar calendar month of Kartik. Sometimes, unmarried women observe the fast for their fiances or desired husbands.

Diwali (also spelled Devali in certain regions) or Deepavali, popularly known as the "festival of lights," is a festival celebrated between mid-October and mid-December for different reasons. For Hindus, Diwali is one of the most important festivals of the year and is celebrated in families by performing traditional activities together in their homes. For Jains, Diwali marks the attainment of moksha or nirvana by Mahavira in 527 BCE

Sashti is the day the Lord Subramanya defeated the demon Soorapadman. When the devas couldn't tolerate the evil doings of this demon, they approached the younger son of Lord Shiva and Parvati for his assistance. He fought Soorapadman for six days, at the end of which the Lord vanquished the asura. He threw his weapon at him and Soorapadman was split into two halves. One half became a peacock, which he took as his vaahana. The other became a cock and was transformed into his flag.