By admin on March 26, 2018Comments Off on The Indian National Charged with indecent assault of a 12-year-old girl denied bail 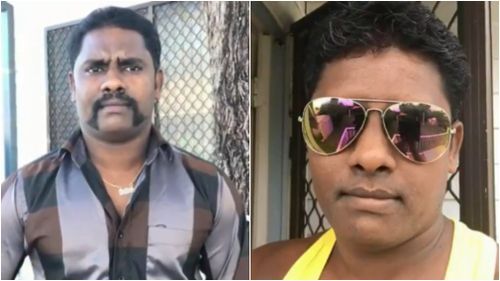 33-year-old Indian National, Devanesan Devadakayam, accused of indecently assaulting a 12-year-old girl, aboard a busy Sydney train was denied bail at the Parramatta Court on 25th March 2018. The Magistrate dubbed him as a flight risk.

He was arrested in Perth on 22nd March 2018 and was flown to NSW accompanied by officers from the Police Transport & Public Safety Command, after the Perth District Court granted his extradition order. He shaved off  his head and mustache to evade Police but was tipped off by his colleagues. The incident happened on New Year’s Day. The girl sat next to the Devanesan, who then struck up a conversation with her, before allegedly indecently assaulting her, while her parents weren’t looking who sat just arm’s distance away. He then entered his phone number into his mobile and showed it to the victim before wishing her family a “Happy New year”. He left the train at Granville Railway Station.

The victim with her parents exited two stops later and informed the Police. Police have been searching the CCTV footage for clues. A public appeal with footages of the man from the CCTV, finally helped the police nab the suspect.

Mr Devadakayam’s pregnant wife and child remain in India. Devadakayam is due in court again on 28th March.

The Indian National Charged with indecent assault of a 12-year-old girl denied bail added by admin on March 26, 2018
View all posts by admin →