To tip or not to tip in Australia

By admin on November 5, 2012Comments Off on To tip or not to tip in Australia 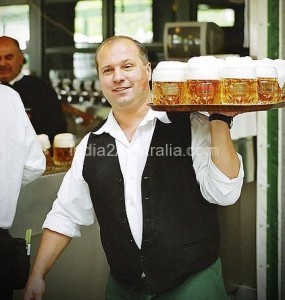 Why people give tip?

Hospitality and service sector industry workers are one of the least paid in most part of the world. They depend on the tips they receive from their customers to make ends meet. Barring a few countries like Australia and Singapore, it is a widely accepted custom to tip the waiter or waitress after a fine dine. There are many psychological reasons behind the motivation in tipping service staff, but improving the life standards of those workers is not one among them. The probable reason for tipping could be the fear to break the norm, to feel superior or  confusion on whether to tip or not .

In Australia, the tipping culture is not prevalent. Foreign tourists, unaware of this fact and cashed up patrons frequenting expensive restaurants go against the norm. Tipping on the outset may give the impression of an altruistic gesture, but unfortunately has wider social implications. Research from Harvard Business School’s Magnus Thor Torfason finds a strong, positive correlation between tipping behaviours and corruption. Countries where tips are more frequent tend to rank higher on the Corruption Perceptions Index, which academics use to measure national differences in corruption. Corruption is a cancer that can destroy the very fabric of a society and make life difficult for everyone. . By tipping a service staff in Australia, you are planting the  seeds of corruption. Tipping installs the mentality and behaviour that give an acceptance that corruption is a necessary evil. Even though Australia is not a corruption free country, it is not as wide spread compared to the rest of the world 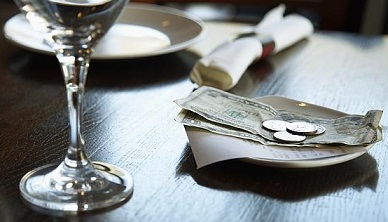 Why you should not give tip in Australia?

Tipping is not expected and historically  not been the norm in Australia. Australian workers are paid basic wage rates and overtime payments in hospitality industry. True blue Aussies and immigrants of UK origin, employed in service sector, generally find it demeaning to accept tips.Lack of self-respect of its citizens is one main reason that makes a country corrupt. In recent years, many Indians especially students have taken up jobs in service industry at relatively lower wages in Australia. Indians like the Chinese, being accustomed to caste systems and subordination in their home countries generally lacks self-respect and succumbs to corrupt practices as opportunity strikes.
Australia is a great place to live with one of the lowest levels of corruption and an efficient system of governance. As a visitor or migrant to Australia, you share a responsibility to keep this place unspoilt. The great ethical standards in Australia are a testimony to the hard work, vision and struggle of early settlers of this nation. Australia has laws to protect the living standards of its workers, and you are not doing any favour but harm to the social structure by tipping the hospitality staff. Please don’t spoil this country to make you feel superior . Let Australia remain a great nation forever.
PLEASE DO NOT TIP WAITERS/WAITRESSES, TAXI DRIVERS OR PORTERS IN AUSTRALIA. YOU ARE DOING A SERVICE TO THE NATION BY NOT TIPPING. BY TIPPING YOU ARE ONLY ENSURING THAT THOSE WHO DON’T TIP OR THOSE WITH AN APPEARANCE NOT RICH ENOUGH TO TIP, RECEIVE A POOR SERVICE.
NB: In Australia, the term “tip” is also the name used for a garbage dump

To tip or not to tip in Australia added by admin on November 5, 2012
View all posts by admin →