By admin on May 12, 2013Comments Off on Traditional costumes of Kerala

As communication channels improve, the world integrates to an undesirable level of unification, where dominant culture overpowers the rest.  Traditions that have been cultivated and nurtured for centuries are lost in a couple of decades.  Traditional costumes of a  region that has evolved considering the climatic and lifestyle factors gets obsolete in the invasion of the dominant culture. Peer pressure and an overwhelming need for change to get accepted in fast westernizing community are the main reasons for the disappearance of traditional costumes. 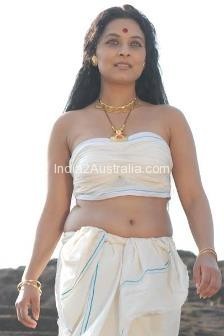 A still from a Malayalam Movie

In Australia, Indian communities try to comply with traditional norms when they celebrate Indian Festivals. So we hope this series of articles on Traditional costumes will be interesting for the Indian Community here. We also encourage our readers to input their suggestion through the comments column or email us at admin(at)india2australia.com. Beginning with the southernmost state of Kerala, our journey will end at the costumes of  northern end Jammu and Kashmir. 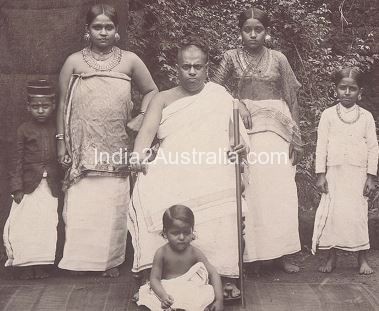 Malayalee women in 18th century covered only the lower part of the body.  As late as the twentieth century lower class women were not allowed to cover their bosoms in public.  In erstwhile kingdom of Travancore, lower class woman covering their breasts were subjected to a higher tax, which was known as ‘mulakkaram’ or breast tax. Those violated the rule were punished and harassed. On those days the traditional dress of most malayalee women were mundu, covering only the lower part of the body.

Upper class ladies used an upper garment to cover their breasts, which was called ‘neryathu’.  In medivial times this was called thorthu mundu and no blouse was used on those days. Later ‘mulakkacha’  or bodice were used by upper class women  and netyathu was used above that.  Then ‘rowca’ replaced the mulakkacha. It had no hooks but tied in the front by a knock. Blouse and saree made its entrance in Kerala much later. Between these two periods,  Kerala woman used  ‘mundu’ to cover lower parts of the body and blouse for the upper part. Today Kerala woman wears traditional dresses during festive seasons and those traditional dresses are a modified versions of the actual traditional dresses.  But the Muslim and Christian communities in Kerala were wearing costumes with a difference, which were a combination of Kerala traditional dresses and that of their overseas masters. 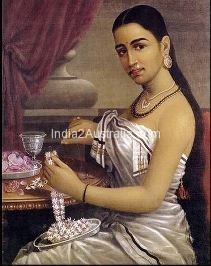 How to wear a Kerala Sari

As  mentioned above mundu is a few metres of cloth used as lower garment and neryathu is used as upper garment. In traditional form it is tucked inside the blouse, but in modern style it is worn over the shoulders. Neryathu is also known as uthareeyam. It usually comes in white or cream colours with coloured stipes at the border . This border is called as ‘kara’ in Malayalam . The mundu is worn below the naval and around the hips. One end of the neriyathu is tucked inside the pavadai ( skirt ) and the remaining long end is worn across the front torso. The neriyathu is worn over a blouse that reaches quite above the breast bone. It is worn diagonally from along the right hips to the left shoulder and across the midriff, partly baring it. The remaining loose end of the neriyathu is left hanging from the left shoulder. Nowadays mundum neryathum is worn only during festive seasons.  The festive ones will have kasavu (golden thread) borders. These kasavu threads are either made of gold or copper with gold coating.

Set saree closely resembles mundum neryathum , but with a difference . Mundum neryathum consists of two pieces of clothes , where as set saree consists of single piece of cloth. For set mundu, the kasavu border will be clearly visible on the left thigh side of the wearer giving it a fashion appeal. 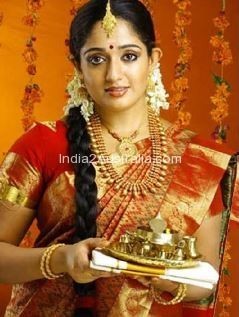 Saree took its hold on Kerala from the late 60’s. From eighties churidar and salwar have become the most favourite dress of the youngsters. In recent years  the influence of western culture is having an impact on the dress choices of Kerala youth. 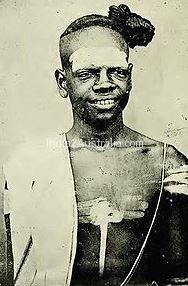 This close sibling of Dhoti is an all-time favourite of Keralites . Even-though pants have a carved a large chunk out of its popularity,  for Malayalees  mundu is still the  one and only factor that make them a Malayali.

There are two varieties of Mudu : single and double.  A single mundu is draped once around the waist, while the double is folded in half before draping.

Lungi is the casual dress Keralites wear at home or when they do labouring. Lungis are colourful with designs.  In short, it is a mundu with colourful designs, mostly cheap fabric and costs much less than mudu. Click the link to know more about Lungi. http://www.india2australia.com/its-time-for-lungi-dance/ 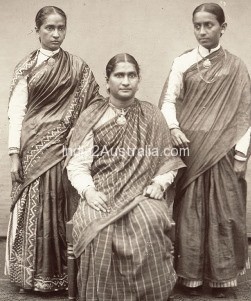 Chattayum mundum is the traditional attire of Christian woman in Kerala .  A half or full sleeve white V- necked blouse that reaches the waist is called Chatta. A mundu is used for covering the lower part. The mundu is frilled in the back in such a way that it forms a fan like appendage. A number of frills and fringes add to the charm of this formation. 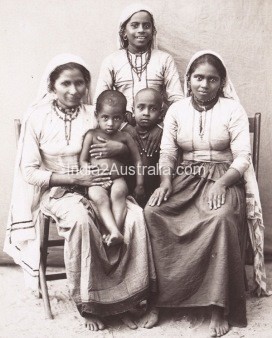 Muslim women usually wear embroidered full sleeve clothes, and a special kind of mundoo .  Muslim woman also use a cloth to cover their head, which is known as ‘ Thattam’ in Malayalam.

In Kerala woman were not allowed to cover their upper part of the body in front of upper castes until the 19th Century.  Baring the chest to upper cast men were considered as a sign of respect. Many times in history lower cast people have revolted against it without much success.  Upper class woman were exempt from this ruling. 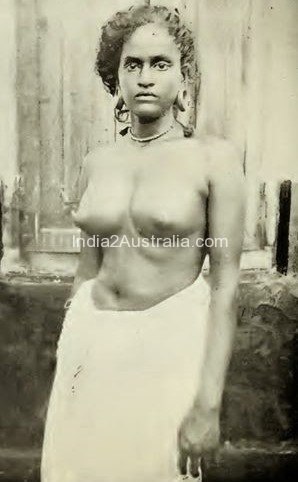 Costume of Kerala Thiyya woman without covering their chest 1900AD 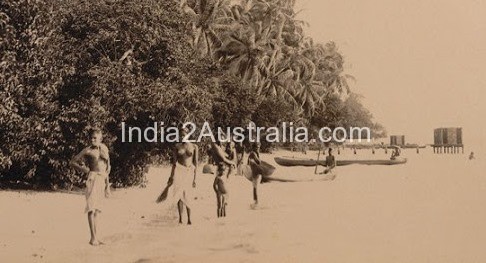 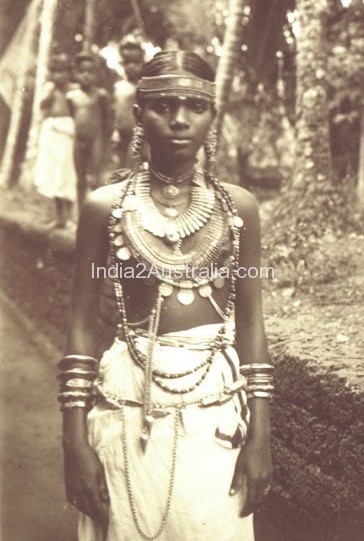 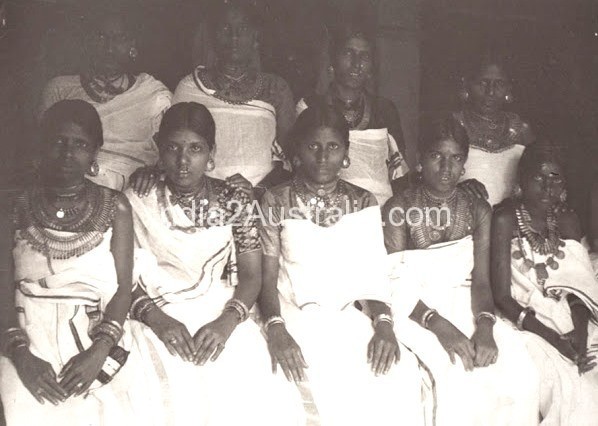 Traditional costumes of Kerala added by admin on May 12, 2013
View all posts by admin →