By admin on September 19, 2017Comments Off on Truck Driver charged over the horrific crash that killed Indian National in Perth 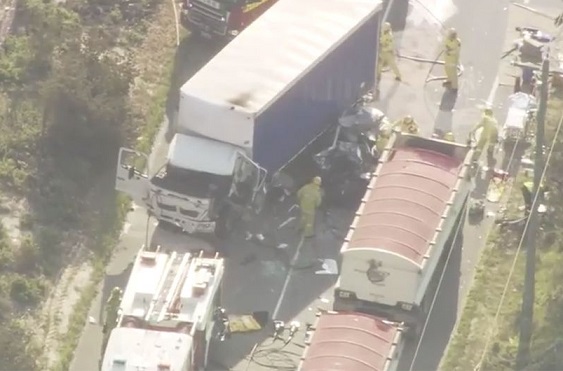 A truck driver has been charged over Monday’s fatal crash on Jandakot Road in South Perth, which claimed the life of an Indian National. The horrific accident happened on 18th September 2017 at 4pm. SBS Punjabi reported that the deceased man is identified as 66-year-old Gurbir Singh, a Sikh missionary from Chandigarh who was visiting his sons in Australia.

Gurbir Singh’s 22-year-old nephew Guneet Singh, was driving the car at the time of the crash. He suffered a fractured leg. Gurbir’s brother, 69-year-old, Daljith Singh who was also travelling with them suffered only minor injuries. They both are admitted at the Royal Perth Hospital. Gurbir Singh died at the scene of the accident.

There were horrific scenes as firefighters were forced to cut two crash victims from the wreckage. Both the truck drivers were not injured at the crash.

Truck Driver charged over the horrific crash that killed Indian National in Perth added by admin on September 19, 2017
View all posts by admin →